in the area of Helsinki, Finland Maintained by SKIL - Team Access

Käärmekallio is a city crag in Vantaa. It has many easy and well protected routes between grades 3+ and 6a. The place is a little noisy due to Kehä III traffic but not terrible.

There are two sectors: the old "Wanha Käärme" in the forrest and the new "Aurinkokäärme" släb. After rain the slab dries almost instantly if it's sunny. The Forest sector, however, takes about a day to dry. Some routes are dripping and may take longer.

Many of the routes were bolted in the summer of 2010. The second batch of progress was during the winter 2019-2020. In the dark days of the winter, nine previously dangerous routes got new shiny bolts. Many new anchors were added, too. 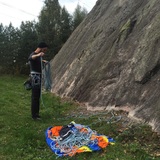 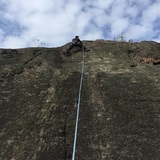 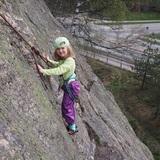 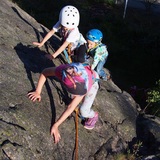 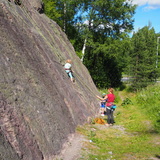 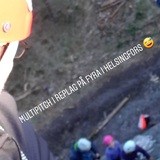