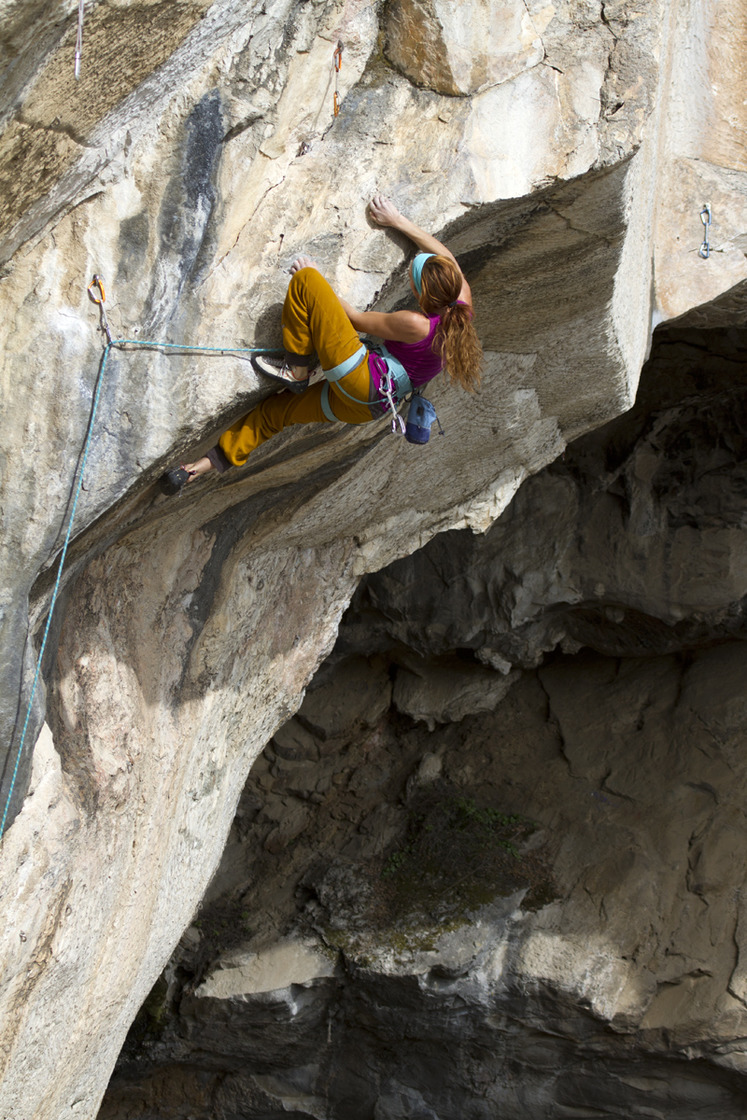 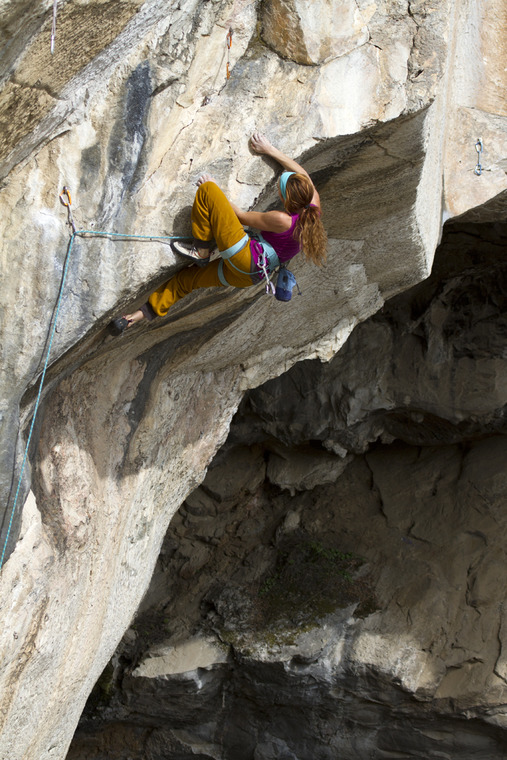 “Spilia Daveli” (Daveli’s Cave in Greek) is one of the most important crags in Athens. The dominant sector “Spilia” is a steep 40m high wall of white marble next to the entrance of the cave, after which the crag is named. Two smaller sectors, “Damari” (Quarry) and “Ditikos Tihos”(West Wall), each with its own distinctive characteristics and different climbing, adorn the main sector.

What all sectors share in common is their origin, seeing as they are the result of marble extraction having started in ancient times and continuing in modern days. As a result, climbing in this area is very different from the climbing offered in the predominant Athenian limestone, since marble tends to form peculiar geometrical features and produce unusual moves.

Like the rest of Penteli’s crags, those three have zero access and are within close distance from the northern suburbs of Athens. They are therefore, a good choice for afternoon after-work climbing for those living nearby. The rock quality is superb and most routes have been climbed and cleaned extensively (with the exception of a few “Damari” routes which were opened on recently-quarried marble and are exposed to constant degradation).

Bolting style varies significantly according to sector. Damari is purely a sport climbing crag while in Ditikos Tihos most routes require trad gear. Spilia Daveli offers both climbing styles, although even sport routes are sometimes sparsely bolted. Due to the absence of corrosive environmental factors, most of the bolts are in good condition despite their age. Moreover, recent maintenance has righted some old wrongs.

The altitude of the place (700m) offers a pleasant option for escaping the Athenian summer heat although marble tends to be slippery on hot humid days. During the winter, temperatures are usually lower compared to other crags although climbing is possible on sunny winter mornings.

Spilia Daveli is a crag with great historical significance for Greek climbing. The first to scale the main white wall since ancient times were D. Korres and B. Annousas who back in 1974 managed to aid-climb a route which moves through today’s “En Lefko”, “Odysseas” and “Archeo Pneuma Athanato”. The first route to go free on this wall was “Listia” 10 years later. The true milestone route for the crag and for Greek climbing in general, was the establishment of “Archeo Pnevma Athanato”, the first VIII grade (UIAA) route (i.e. French 7a) in Greece by C. Agnoglou and D. Titopoulos back in 1985. A long list of bold noticeable ascents mark the history of the place, including various solo climbs, as well as free ascents purely on trad gear. Most notable among them is, without doubt, the flash barefoot solo of “Listia” by the (3-months climber back then) Nikos Koupaloglou in 1994.

Apart from being one of the most important crags for the 80s-90s Athenian climbing scene, Spilia Daveli also bears a general historical significance, as it has been verified by archaeologists as an ancient marble quarry of the 5th century BC, being said to have produced the marble with which the Acropolis was built. The 2nd century Nymph Shrine located above the cave and the 11th century chapel still standing at the entrance, both testify to the ongoing significance of the area through the ages. Stories from the early 20th century locate one of the numerous hideouts of the notorious bandit Davelis (hence the name) in the cave’s vicinity. Nowadays, the cave continues to spawn modern folklore and urban legends, as it is a hotspot for neo-paganists and the subject of study by conspiracy theorists. 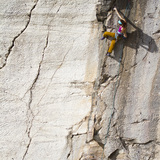 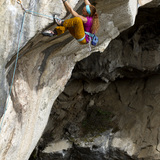 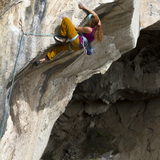 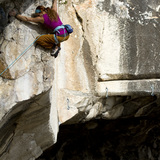 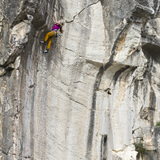 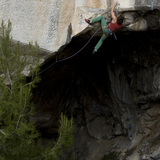 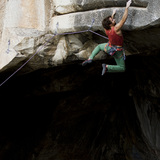 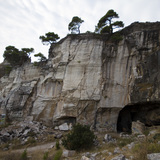 A. Chaziris
from Athens
Other Premium topos by Athens Climbing and beyond 34
More topos