in the area of Nafplio, Greece Maintained by Indiou

"Neraki bay is the best place to be in the winter or cold days in Nafplio it is well protected from the north winds and has a small beach bneath the cliff. Neraki is a small sector with 28 routes in the difficulty from 5c - 8a? on red rock. "

Neraki bay is the ideal place to be in the winter or cold days. This is the only place you feel beeing in the summer the whole year when the sun is shining. Neraki bay with the small beach right underneath the sector is ideal to take a swim after climbing or you need a cooling on hot days.
Families enjoy Neraki bay very much because of the easy acces the beach and the well protected routes on red rock

Palamidi (Greek: Παλαμήδι) is a fortress to the east of the Acronauplia in the town of Nafplio in the Peloponnese region of southern Greece. Nestled on the crest of a 216-metre high hill, the fortress was built by the Venetians during their second occupation of the area (1686–1715).

The eight bastions of the fortress were originally named after the Venetian provveditori. However, when it fell to the Ottoman Empire, the bastions were given Turkish names. Lastly, when the Greeks overthrew the Turks the bastions were renamed after ancient Greek leaders and heroes (Epaminondas, Miltiades, Leonidas, Phocion, Achilles, Themistocles. The two remaining bastions were named after St. Andrew (Agios Andreas) and the French Philhellene Robert who died in battle on the Acropolis of Athens. The "Miltiades," was used as a prison and among its walls was also held Theodoros Kolokotronis, hero of the Greek Revolution.

The fortress commands an impressive view over the Argolic Gulf, the city of Náfplio and the surrounding country.

The climbing sector is close to this historical castle of Nafplio and gives you the opportunidy to combine your climbing day to visit the castle and do the 999 steps to get to the top of the castle. Lets count if there are realy 999 steps.....?? 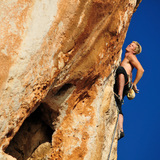 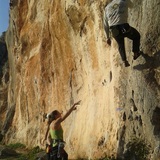 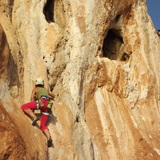 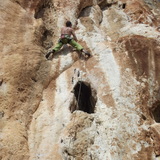 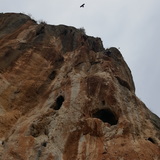 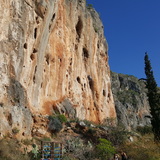 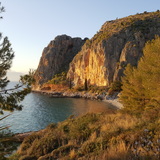