in the area of Belgium Maintained by Club Alpin Belge

"Great beginner and intermediate crag in the vicinity of Namur. Maintained by CAB. " 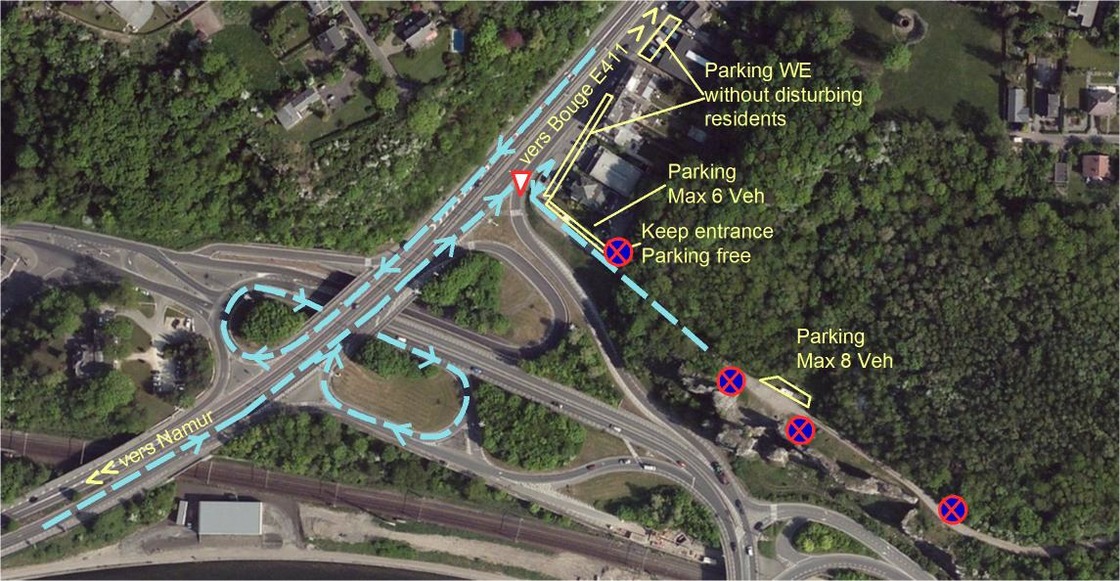 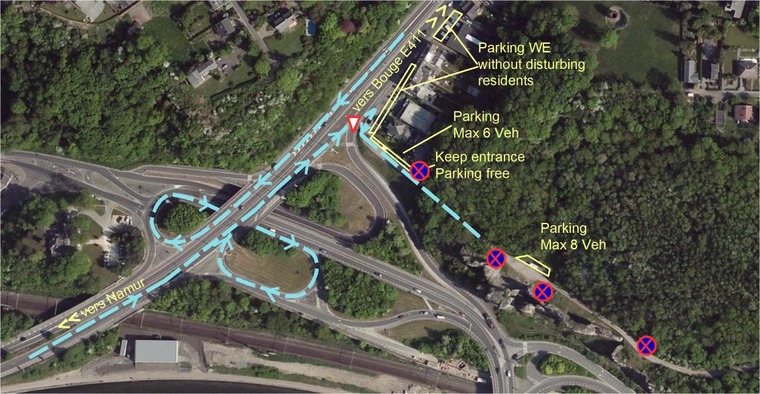 The Grands Malades cliff is located just north of the bridge-lock of Grands Malades on the river Meuse. This south face wel visible from the bridge has been equipped with a via ferrata and has only some quite difficult routes. Most of the climbing (only one pitch no more than 25 m) is taking place on the north face not visible from the road and accessible by the track passing right of the BELISOL shop.
The site is quite cold in the winter, but very convenient in the summer.
A small parking (max 8 cars) just in front of the cliff and ONLY on the left side of the track.
The ground is flat and good for families, but always beware for small stones that could fall on the children, so don't let them play just under the rocks.

All routes were controlled and eventually rebolted by CAB in 2014-2015. All routes are single pitch and equipped at the top to lower off on 2 bolts linked by a chain. A ring has been installed in the quick link to distribute the wear due to the rope.

In the 12 century an hospital for people suffering from leprosy was located at this place outside the walls of the fortified city of Namur. This leper hospital was active till 16th century and gave the name to the site (Grands Malades = sick people). Then an hermitage was installed and occupied till 1815 when the last hermit died. Then after the construction of the railway Namur-Liège, the site was exploited to produce lime till 1970. The lime kilns are still visible along the road. They are unstable, so don't try to visit them :-(
But under the ground there was also another exploitation of the rock : an underground black marble quarry from around 14th century till end of 19th century. This underground quarry was then used by a local brewery to store and keep the beer fresh till 1935. The main access was south but it has been totally covered with soil during the works for the renovation of the bridge and the lock. It is no more accessible except by a small cavity located in the woods behind the cliff (closed and only accessible to members of Belgian Caving Union).
The first climbing occured in 1929 by a local climber M. Nicaise, then some routes were opened in the years before WWII. The site was then almost abandonned and covered by vegetation. The Club Alpin Belge ( in fact the french speaking federation for climbing after the split of the national Belgian Alpine Club due to the regionalization of Belgium) that has its administrative headquarters at the entrance of Namur, bought in 2001 the part of the whole area with the cliffs and equipped the site with a via ferrata and about 100 climbing routes. 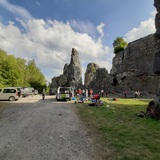 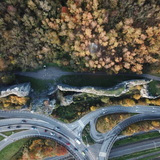 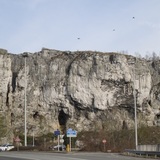 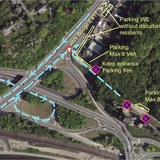 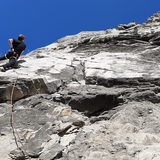 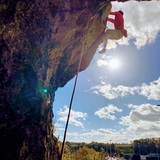 As for all Belgian climbing sites, you must be a member of Club Alpin Belge or KBF if you are living in Belgium. If you are living in another country and just stay some days in Belgium, you must be a member of your national climbing federation (NKBV, FFME, FFCAM, DAV, OAV, BMC, ....) and covered by liability insurance. The main reason is that in Belgium CAB and KBF are each year paying rent to the different owners of the climbing sites and that is paid with the yearly contribution of the members.

🚗 Access : see photo
most climbers will arrive from the highway E 411 Brussels-Luxembourg, exit 14 direction Namur.
Then halfway the descent, take right direction Jambes the directly after the curve at the end of the bridge take right direction Hannut, coming on the main road you just left but in the opposite direction. Less than 100 m on this main road, stay on the right side (beware for cars coming from the bridge) and turn right toward the BELISOL shop. Take the earth-track right of Belisol, open the gate and park inside ONLY on the small parking place LEFT of the track. If no space available, turn around and park outside near BELISOL (NOT in BELISOL private parking) taking care not to disturb residents.
The woods facing the cliffs are "out of bounds", they are no toilets on the site. Take your precautions before coming for climbing ;-)

🚶‍♂️Access to the different sectors
From the parking, you have direct access to most of the north faces.
To access the upper part and the South-West face of Roche au Drapeau, you have to take the wooden stairs that are leading to a terrace of the sector Tintin and going around you join the SW face. For the South-East face, you just have to enter the cavity at the foot of the wooden stairs.
To access the South Face of Grande Muraille and the routes of Grande Béquille, you go to the East end of Grande Muraille and take the path going down (some stone-stairs) and follow the south face to the end where a stone stair enter a cavity, enter the cavity to arrive in the opening at the foot of the South Face of Roc des Singes and North Face of Grande Béquille.