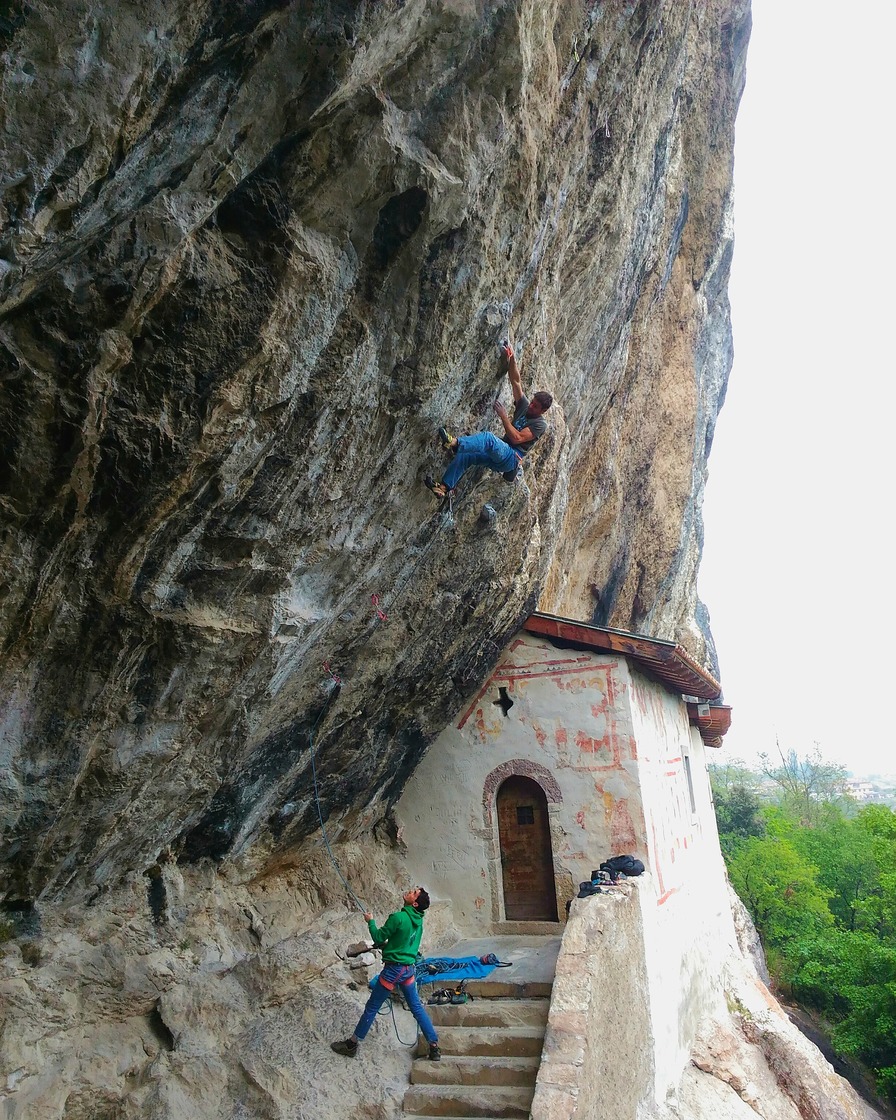 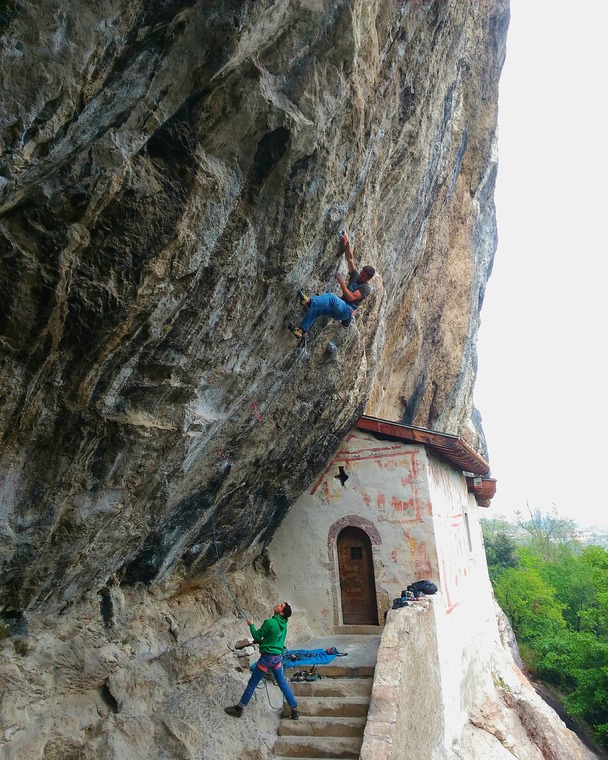 San Paolo:
Compact grey walls with technical climbing characterize San Paolo walls. In the sport sector there are more than 30 route with different styles, from slabs to overhangs. Pay attention to the bolts of some routes that could be old and worn, remember that San Paolo is one of the first sector of Arco. Other routes were re-bolted. Look at the topo descriptions!!
San Paolo offers also beautiful multi-pitches, some of them with spits and others requiring trad gears. These lines run along nice technical slab, dihedrals and aretes, but there are also overhangs with good holds. When you get to the top of the routes, just follow the evident traces that connects to the main descent path. The multi-pitch sector called Placconata has four interesting routes running along slabs. To come back to the base from their top you have to rappel down.

Swing Area:
Together with Spiaggia delle lucertole, Swing Area is one of the hardest slabs of Arco. Tiny holds make the climbing super technical on a nice grey wall. The pitches are long and the bolts sometimes can be quite distant. Recently most of the routes were re-bolted. Test your technique and bring hard shoes!!

Diamante del BA. RO.
This crag is located on an high point of the San Paolo wall. The routes are mainly overhanging on tufas on the right, while on pockets on the left. From here the landscape is breathtaking. The crag base is quite uncomfortable on a small ledge, but fixed ropes were installed properly.

Eremo:
This crags has few overhanging routes next to an hermitage. The difficulties are very high and the pitches are mainly chipped. In this crag it is possible to climb when it is raining and some routes can be tried also in the night, since there is a big headlight pointing the hermitage. 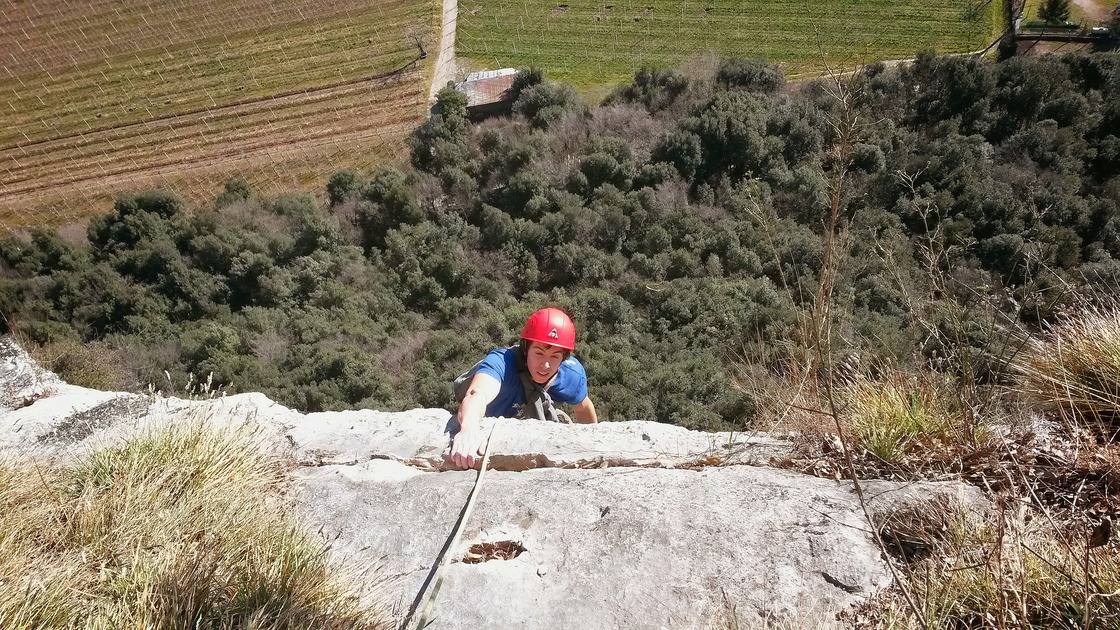 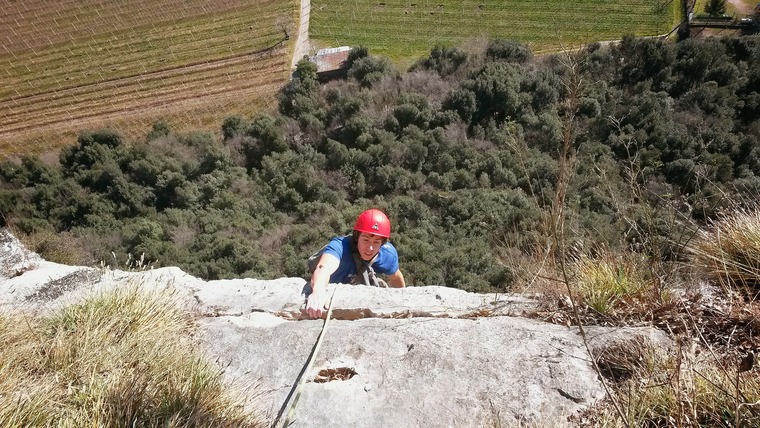 San Paolo:
The routes were bolted in the 80s during the development of climbing in Arco. Roberto Bassi, Maurizio Manolo Zanolla, Luisa Iovane and Heinz Mariacher were the first climbers of these wall. Years later, Rolando Larcher bolted and freed "Elephant baby", the first 8a of Arco.

Swing Area:
Swing Area wrote the history of the climbing in Arco. The routes were bolted by Roberto Bassi and Heinz Mariacher in the 80s, when slab climbing was the only style in their mind and overhangs were not considered at all.

Diamante del BA. RO.:
This crag was dedicated to Roberto Bassi, one of the pioneers of Arco climbers. It was discovered by Heinz Mariacher in 1984 who bolted the first routes, then Rolando Larcher finished the work. There is still enough space for more pitches.

Eremo:
The San Paolo hermitage is a sacred place from 9 April of 1186. The routes of this crags were used as training for the Rock Master festival by Francois Legrand and the hardest were freed by Christian Bindhammer (Zauber fee 8c+) and Andreas Bindhammer (St. Anger 8c+/9a). 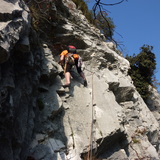 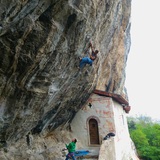 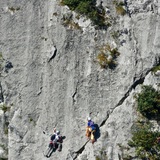 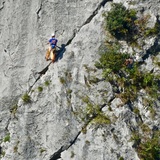 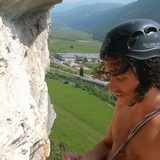 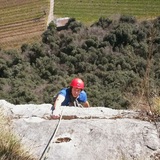 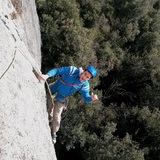 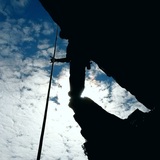