in the area of Bodø, Norway Maintained by Arctic Circle Bouldering

"A compact bouldering area only 5 minutes from Bodø centre. Good place for an evening session if you don't want to travel far. And you'll find somthing for everyone." 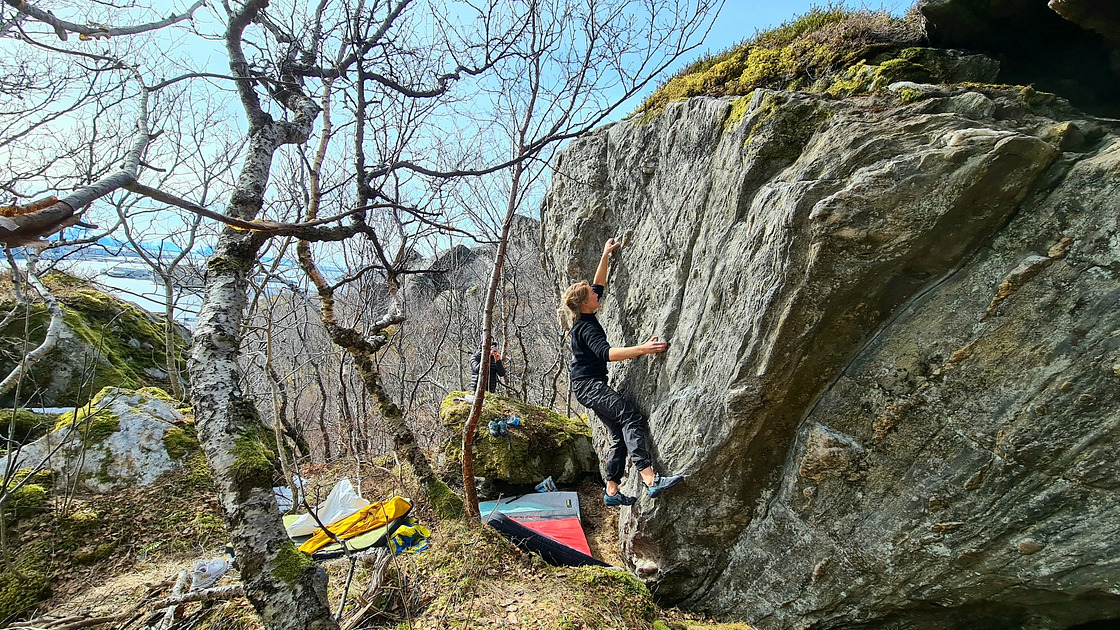 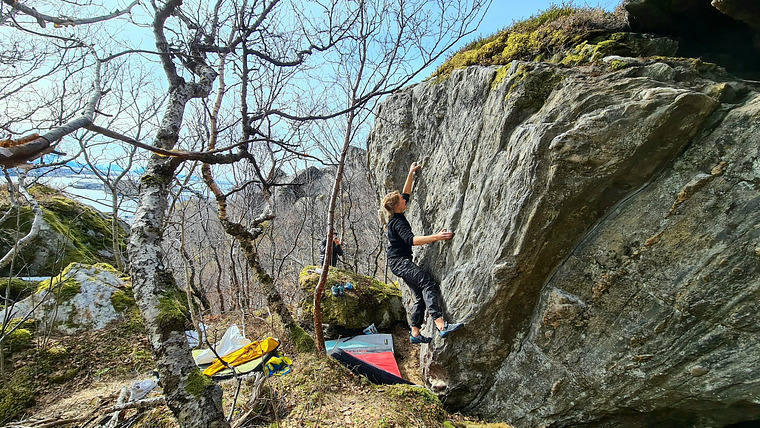 ⛰ The bouldering here is mostly on freestanding blocks scattered in the forrest on Rønvikfjellet. It has 3 main sectors, Sukkerbiten, Elektroegen and 7A-steinen, each with its own most convenient parking and approach (see map). The rock quality varies from big grained texture the can feel crumbly to solid smooth fine grianed features with good friction. And you'll find everything from slabs to long steep overhangs. '30-graders bulderet' is one of the best 7A's in Bodø and the steep climbs on Julebulderet are the best in the grades from 7B-7C in town. And for a nice evening sesion in the setting sun go to Kveldssoltaket and give 'Kjempetaket' a go. The landings are generally good and you can get by with 2 pads. But if you want to test yourself on the climbs at Julebulderet best bring 4 or more pads. The climb 'The Dark Dark' needs at least 6 pads.

🚗 This crag is as close to the town centre as you get and you don't have to have a car to get here. You'll find a busstop not far away on Nordsstrandveien and the boulders are within walking distance.

⛅ 💧 It varies how fast the boulders try up, depending on wind, sun and humidity as always, and the fact that some boulders lay in the forest. With morning rain you might often be able to climb in the after noon if the weather clears early. Alot of the blocks also have a few cracks and fissures from where it can seep water for a long time. Many block have seen little traffic the latter years so a growing layer os moss and lichen adds to keep some block wet for longer.

👶 The sector Elektroeggen is not particularly child friendly except for 30-graders bulderet and it's not possible to get around with a stroller. The sectors 7A-steinen and parts of Sukkerbiten is a little easier and safer to navigate in and you can consider bringing kids that can walk by themself.

Some of the boulders in sector Sukkerbiten and partly in 7A-steinen have not seen much traffic in the later years and tends to need a little brush up to be climbable again, but it's not alot of work, so bring a wire brush. 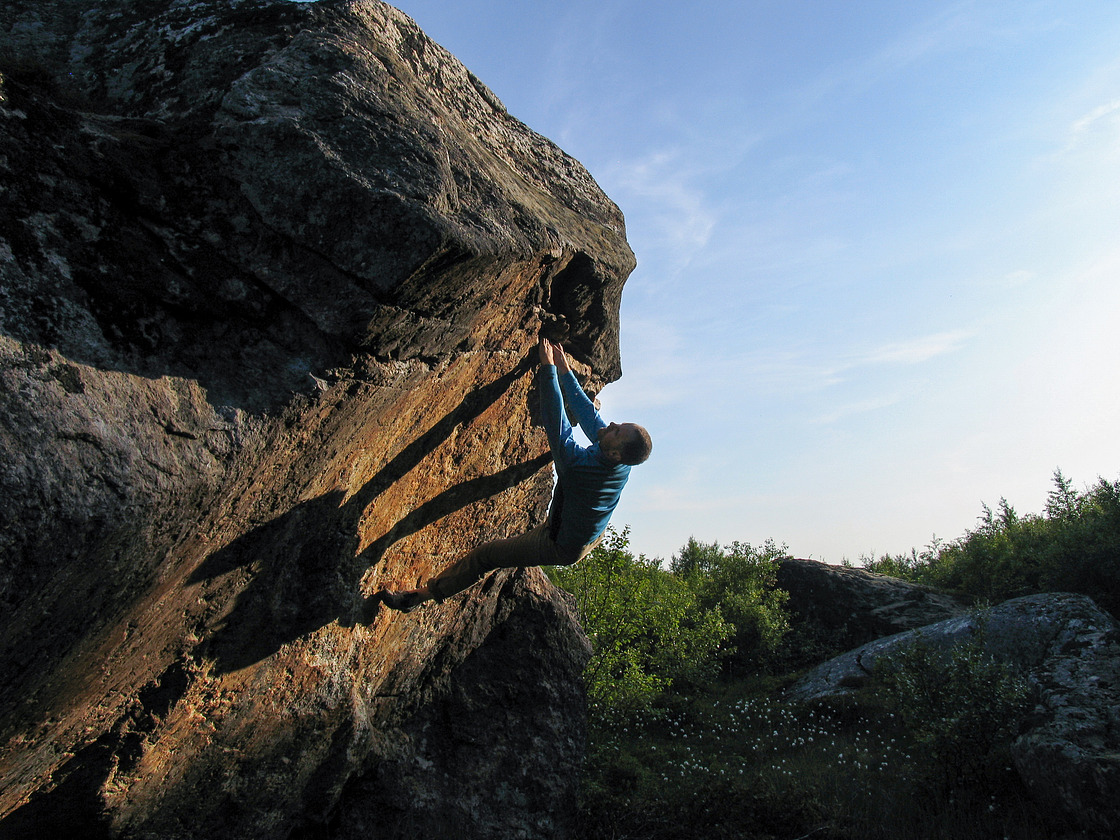 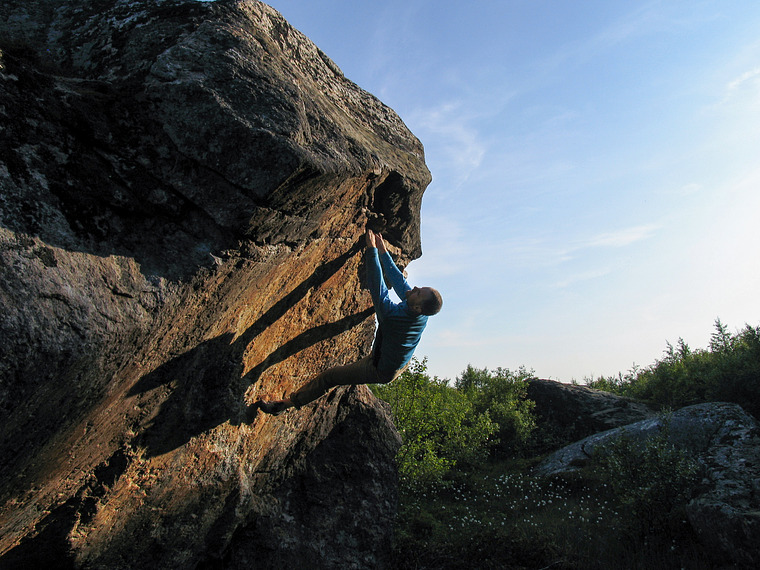 There have been climbing activity on the cliffs above Rønvika for many years. The first documented climb was in 1975 but it wasn't until 1997 that a proper climbing crag was established and with it some boulders including 30-graders bulderet done by André Wagelid. 7A-steinen was developed by André Wagelid and Torgeir Kjus in 2003 and the boulders around Sukkerbiten was brushed up by Sten A. Stenkjær and André Wagelid in 2005. For may years after not much new was done. In 2020 Steinar Kolskog found Julebulderet and established the first lines here with Rasmus Bølling who also put up the long addition The Dark Dark in the spring of 2022. 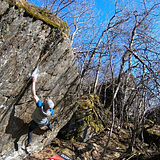 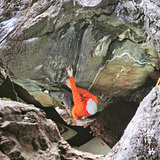 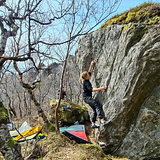 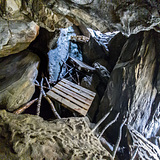 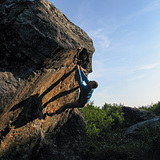 A. Grumstad
from Tromsø / Bodø