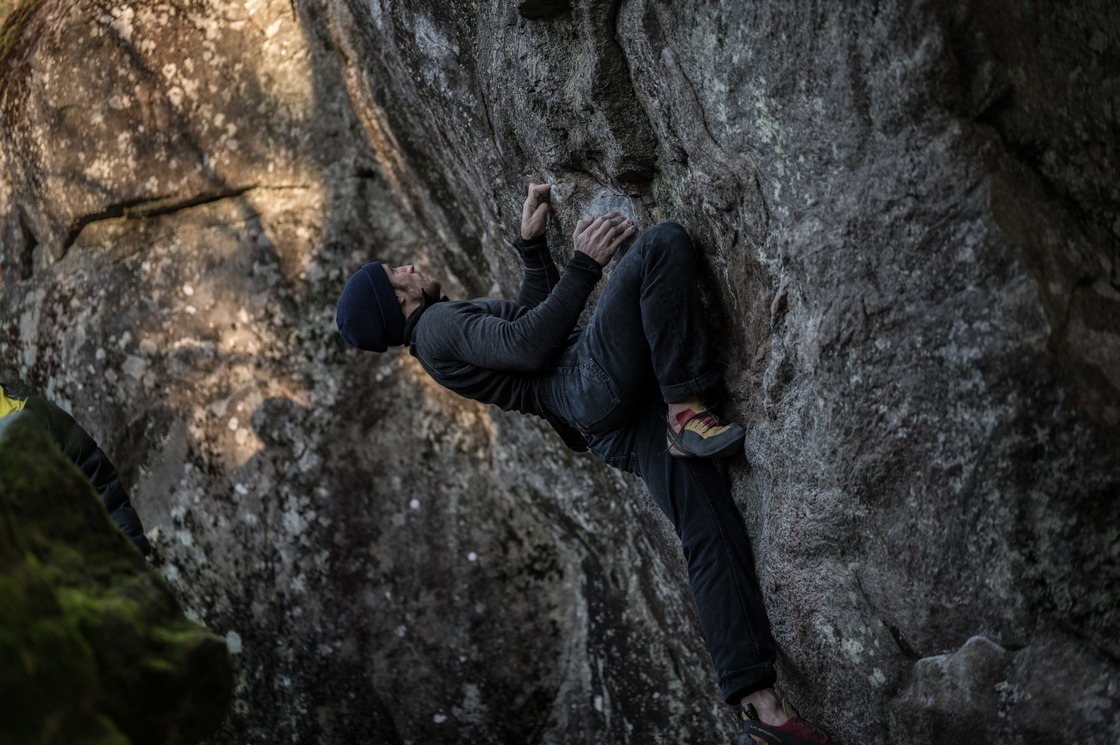 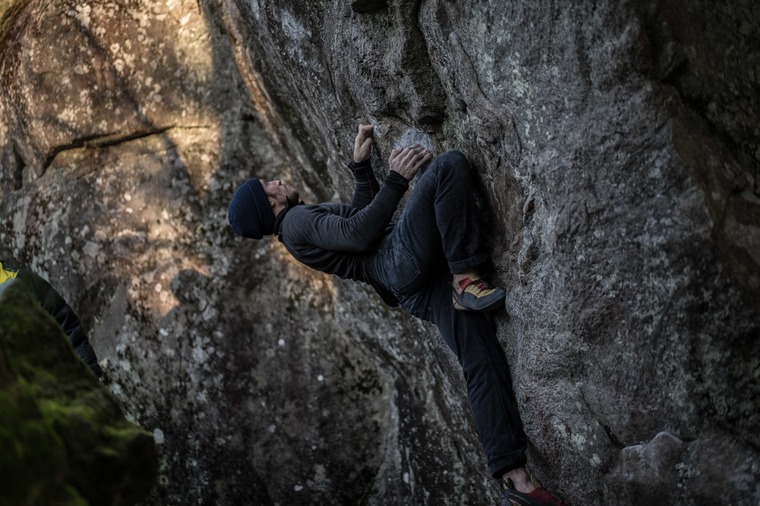 The Lia area of Østmarka was the first, large bouldering area to get established when bouldering in Østmarka took off in the 2000's. The classic sectors Grevling and Stalkersteinen were established by Hjarrand Julsrud and Geir Arne Bore. Today, Lia consists of a great variety of bouldering problems, both in style, height, angle, and grades. Østmarka Lia borders to Østmarka Filmplaneten to the west and Østmarka Deluxe to the south.

The area has a few sectors with high density of problems, these are namely Doktorgrenda, Faen ta, Islas Canarias, and the bouldering on and around Grevling and Stalker. Another popular sector is Granittveggen.

⭐ For the climbers who prefer the lower and medium grades, we recommend Faen ta, Doctorgrenda, and Islas Canarias, which all have mostly low top outs and good landings. Those looking for a challenge should test their skills at Granittveggen, and Grevling, Stalker and Hestestallen. Some of these are fairly tall, but with the exception of Stalker, the landings are good. Grevling (7b+), Stalker (7c), and Hingsten fra Hadeland (7b+) are some of the hard classics.

Lia also features a unique boulder which can only be climbed in winter after a spell of cold weather, as it is located right on top of a small puddle. The puddle has to freeze over to be able to climb the boulder without the risk of you getting drenched in muddy water, and Silkeføre (7a) is considered a classic by some.

🌧️ After rainy weather, try areas with free standing rocks first, like at Faen ta, Islas Canarias, Granittveggen, and Doktorgrenda. Areas that consist of walls usually get seepage after wet weather, and can take days or weeks to dry out properly.

Østmarka is a nice destination all spring, summer, and autumn. If a lot of snow fell during the winter, it can take a while for the snow and ice to melt out, particularly in shaded areas, and can resulting in seepage for a long time through spring. It's also possible to climb during winter if you don't mind sub-zero temperatures, but wet snow/ice can make it impossible to clean the rocks (especially the top outs).

⛰️ Like the rest of Østmarka, Lia also consists of ancient bedrock, mostly gneiss, a metamorphic type of rock. You can encounter many types of textures and patterns in the area, like quartz crystal mono pockets, big boulders of granite, and rocks speckled with garnets.

Some of the less popular boulders have not been maintained in the last few years, and may be overgrown. The topo images are from 2020, so keep that in mind and bring a steel brush if it looks like it needs some maintenance. 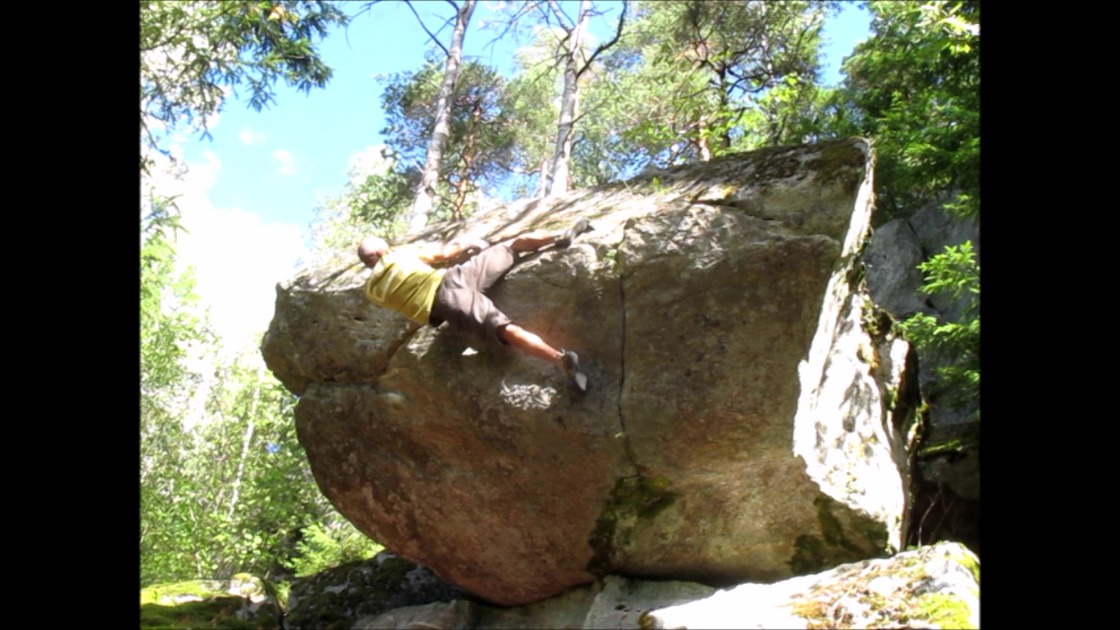 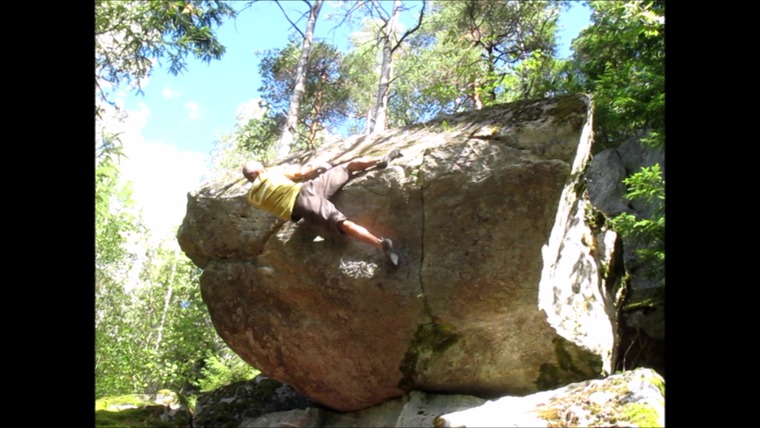 Although people have been climbing in Østmarka since the end of the 19th century, the bouldering as we know it today only started to get established in the 2000s. After sports climbing and some bouldering in the 70's, 80's and 90's, the first main bouldering areas were established by Hjarrand Julsrud and Geir Arne Bore in the early 2000s, which included the classics Grevling (7b+) and Stalker (7c) in the Lia area. Later, the areas in Filmplaneten were developed by Chris Fossli and Øyvind Ville Sæter. Since then, loads more areas have been established along the west edge of Østmarka, by countless contributors.

Truls M. Larsen also needs to be mentioned; he established a lot of boulders in Østmarka and made the printed guides for the area as well. Most of the problems listed here is based on his works. Thoralf Bergersen, aka. the Østmarka janitor, has maintained a lot of the boulders and kept them moss free.

We have tried to list the FA wherever we know who and when, and please let us know if we've forgotten to give someone credit for their fantastic work.

A big thanks to everyone who's cleaned rocks and established boulders over the years! 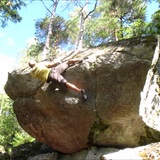 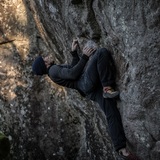 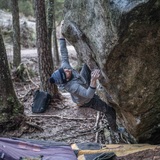 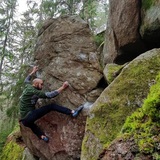 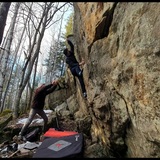 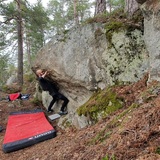 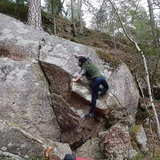 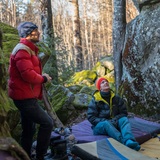