"Super easy to access. 30 minutes by metro from city center then 15min walk. " 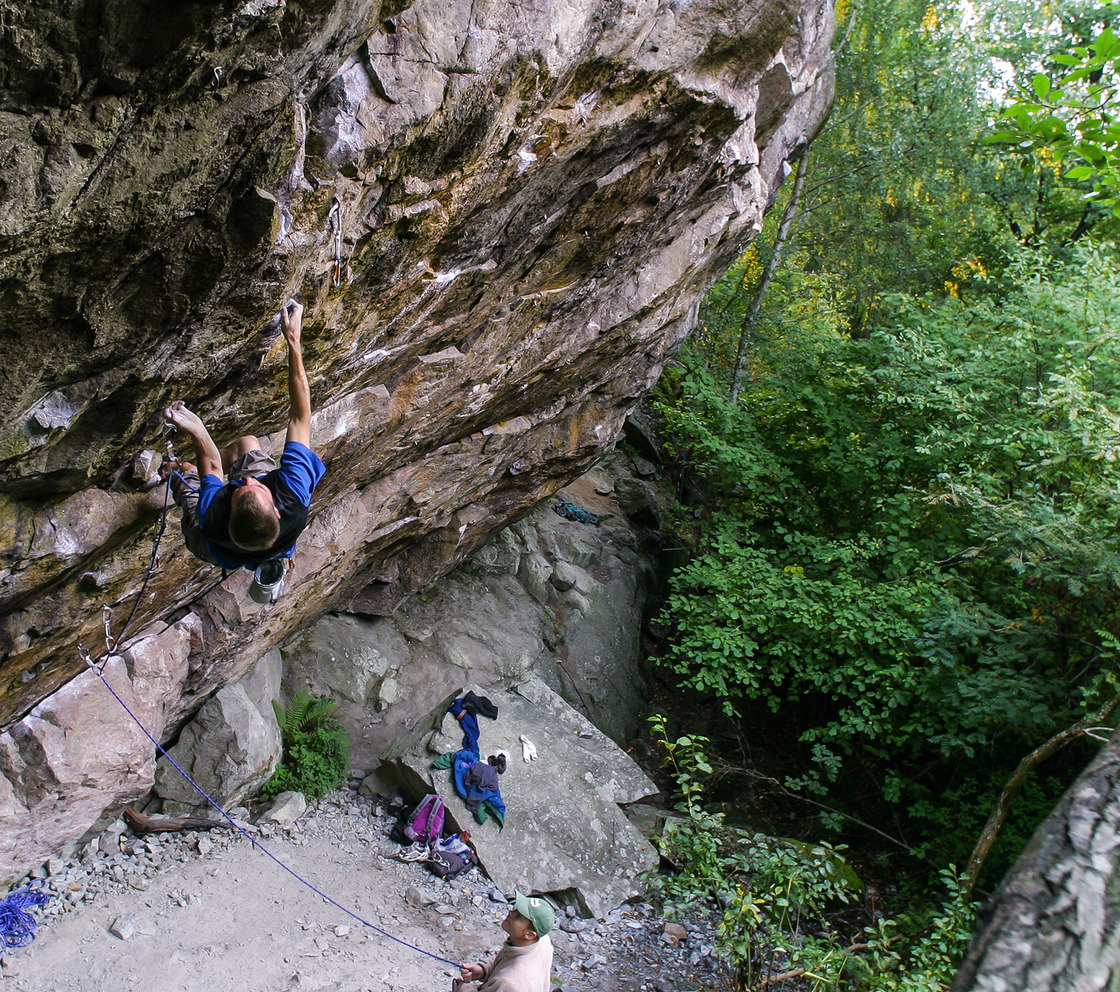 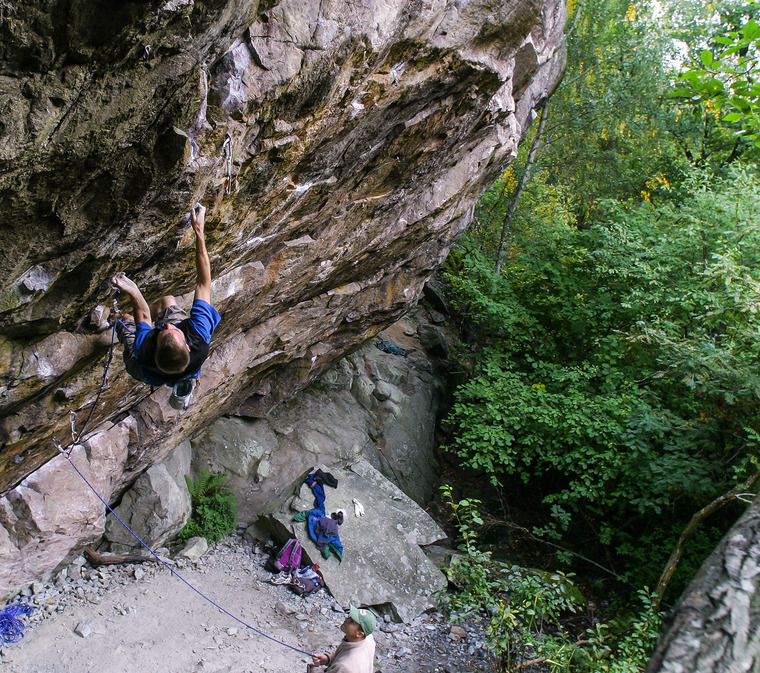 Flaten is a given goal if you want to climb several of Stockholm's hardest and coolest routes and nowadays there are so many easier well-bolted routes that these also are recommended.
The main part of the routes are not more than around ten meters high, but the combination of overhanging walls, solid rock, and routes in all grades has made Flaten a very popular sportcrag in Stockholm.
Kojak, Columbo and Baretta are some of Stockholm's most talked about harder routes. The reason is simple - its steep, the rock is solid, and it is nonstop climbing with often spectacular moves. In addition, the slightly messy environment and graffiti-painted walls fits quite well in this suburban natural area.
The quality of the crag is mostly very compact and despite the fact that most of the routes are no longer than 7-10 meters, the rock is so steep that the climbing becomes very entertaining. Generally the climbing at Flaten are quite bouldery, however, at the central part of the main wall around the opening of the little cave there are some excellent routes that are surprisingly high and with exquisite technical climbing on the large and compact shield.
The crag consists of several sectors and extends over a total length of about 250 meters.

The area is also very child friendly and it is easy to take the stroller and the kids with you. There is also a nice and popular bathing place just 300 meters away.

Hells cave:
At the far left are "Hells cave" an overhanging 10-meter wall located 150 meters left of the Main wall. This sector feels rather dusky (mörk och dyster) and is not at all as solid as the other walls, it's rather lose actually. The previously dark environment around the wall where cleaned up in 2014, which improved the situation and brightened up a bit. The question is if it helped? The climbing itself is said to be quite ok. Most of the routes where renovated in 2014.

Limboväggen:
Newly developed wall 25 meters to the right of Hells cave. Good quality with large solid formations and about 10 meters high. It only has a couple of easier bolted routes but worth the effort if you like the grades. Might be good bringing a brush on this one.

Gläntan/Mittväggen
Compact and slightly/moderately overhanging six to nine meters high wall with several fun routes. Mostly good rock quality. Located in a wooded but nowadays much more open environment. This is a completely different sector since renovation. Situated between the Limbo wall and the Main wall (there is a little path leading up from the road). Completely renovated 2014.

Main wall:
The first thing you see when arriving is the little cave with all the graffiti paintings surrounding it. Twenty meters to the right you will find the famous Kojak, Columbo and Baretta. And further right you will find an even lower wall with routes in mixed difficulties. Twenty meters to the left of the cave there is an upper section with a compact and solid wall that offers a couple of short but intense routes. In front of the upper section you will find "Barnväggen" (kidswall).
I have have also added an extra topo called "Flaten linkups and variations" where you can find just that. 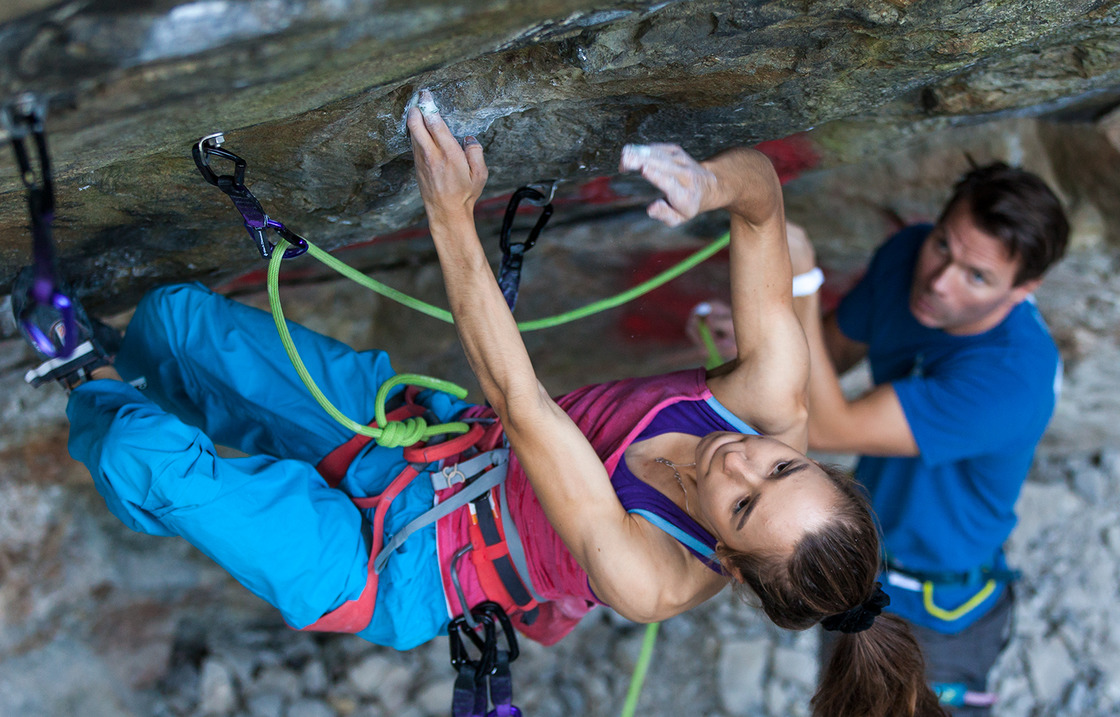 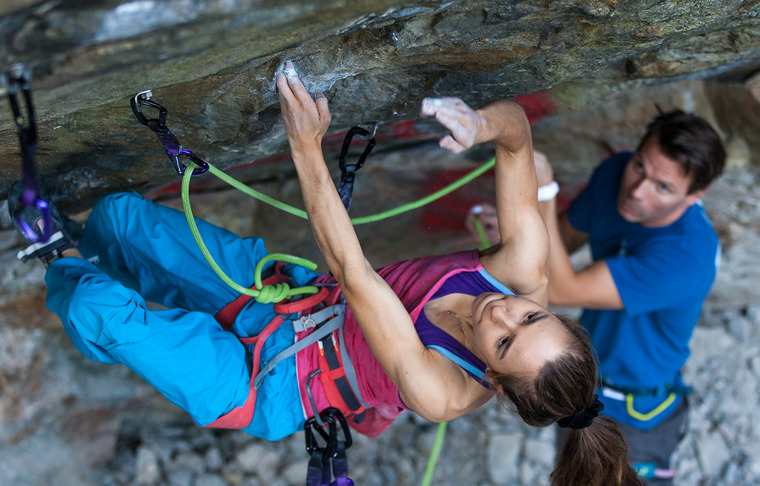 Since several of the most talked about routes where thoroughly chipped back in ythe early 90's Johan Luhr had to face a lot of criticism from many renowned climbers when he started developing the wall. Officially Johan's methods were rejected but unofficially the same people could not help but say that the routes were tremendously cool and fun to climb. Today not much chipping is done and Flaten has become even more popular since it was renovated by Andreas Andersson in 2014 which also opened up for a few more nice new routes. 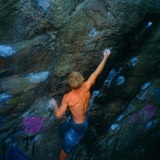 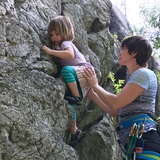 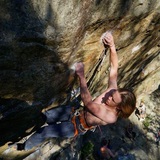 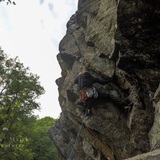 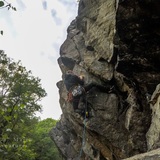 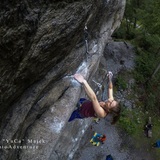 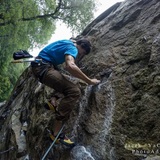 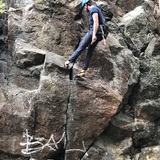