in the area of Buzău, Romania Maintained by RO_Topo 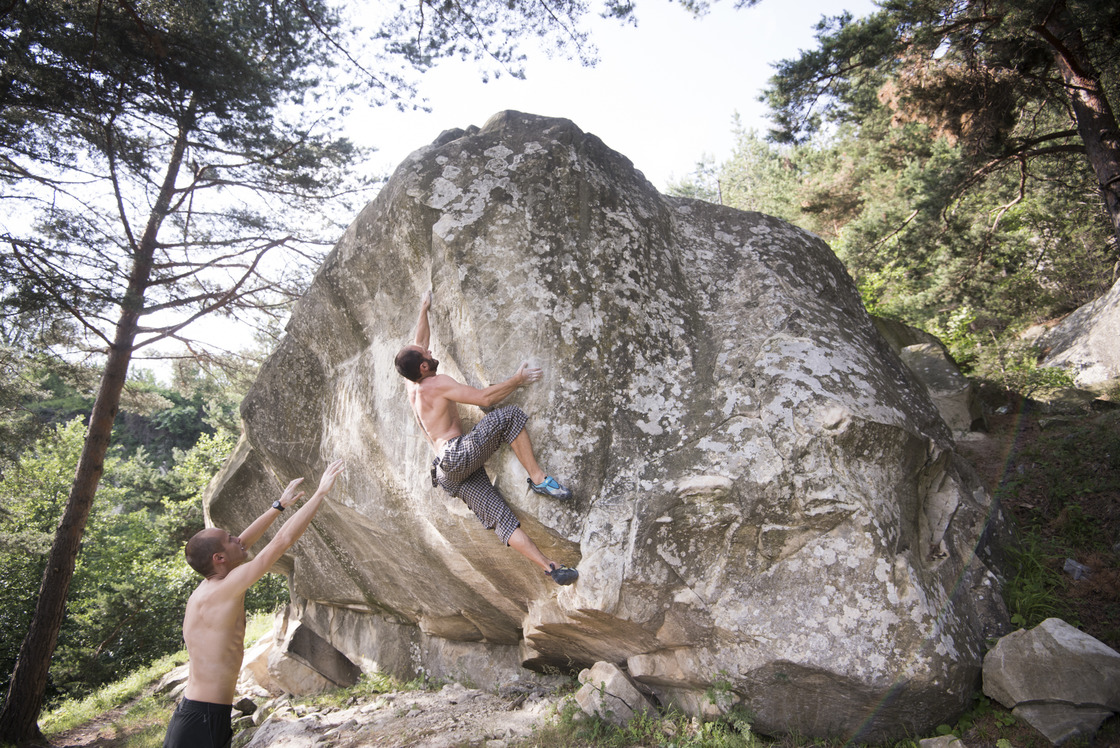 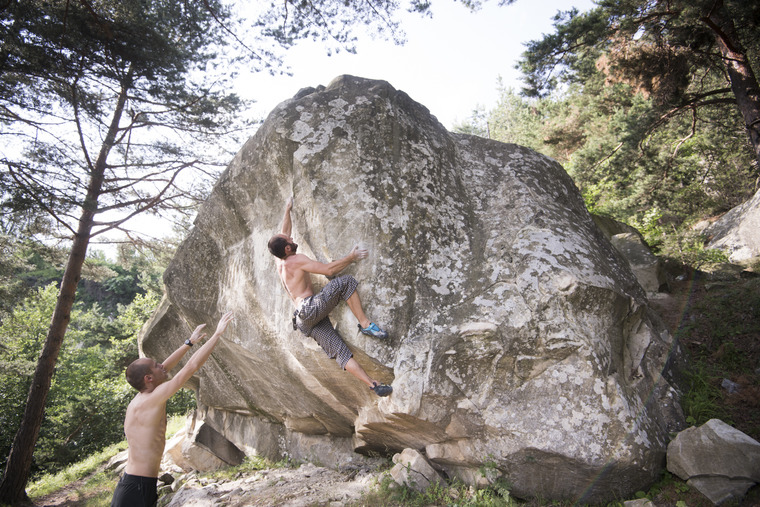 Brătilești crag is composed of several small areas scattered around the mountain village of Brătilești.
Rock type is fine sandstone, similar somehow with the one that can be found in Fontainbleau, that being one the reasons of some of the french names from the boulder lines.
In general sandstone quality in high, but there are also some boulders that need special attention as they are most of the time humid.
Climbing on wet and humid boulders is forbidden, as the rock might easily brake or the holds modify.
There are some really tall boulder problems and also some midget boulder with some nice problems, with all kinds of holds from slopers, crimps and different shapes characteristic to sandstone boulder.
Locals are quite friendly as they got used with our presence in their "backyard", and the interactions (specially with the elders) are most of the times really interesting.
Some of the boulders are situated in the village, and some of them just in the woods, so if you want more privacy when climbing, or to be more "in the nature", there is always an option. But being in the forest also means that you need to be aware you could have an encounter with wild animals. Although possibility is really small, it still exists.
The view is sometimes spectacular, with really nice sunsets over the Brătilești valley.
The best time for sending your project would be in the autumn months, but also due to the fact that some areas are situated around 1000 meters, you can climb all year around.
There are some preferred places for sleeping, in the area "La corturi" and "Mount Ivănețu", where camping fire is also allowed.
As we try to leave the places we climb as clean as possible, please don't leave any garbage around the boulders, like cigarette stubs, or used finger tape. Also please clean the tick marks made on the boulders with a soft brush and of course, chipping is forbidden.
Enjoy the boulders, scenery and the closeness to wild, untouched nature as much as possible as this is a unique place in itself! 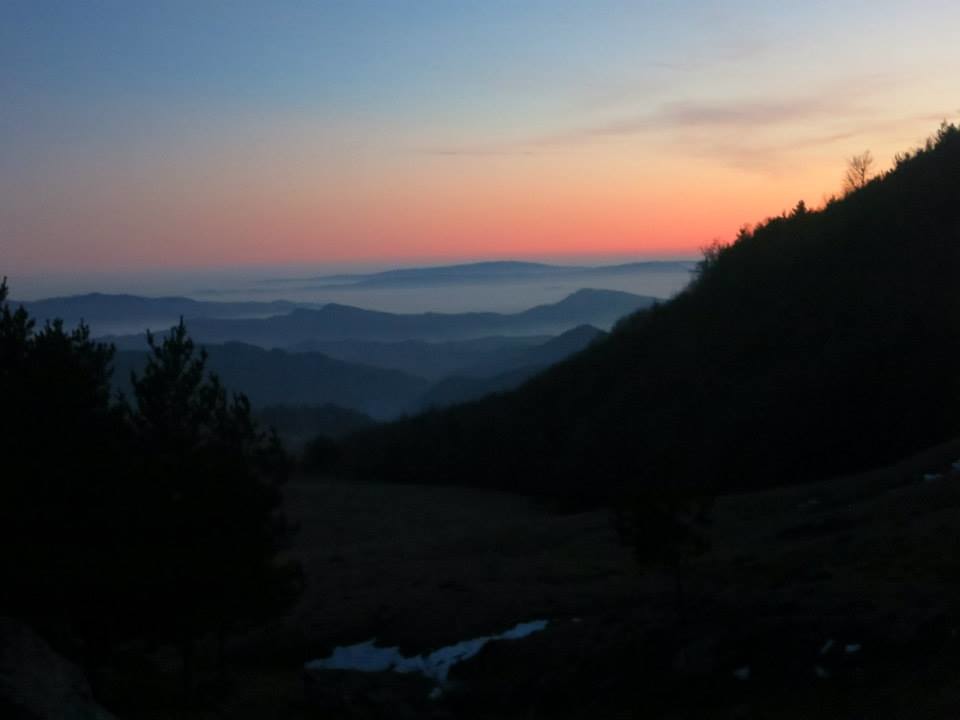 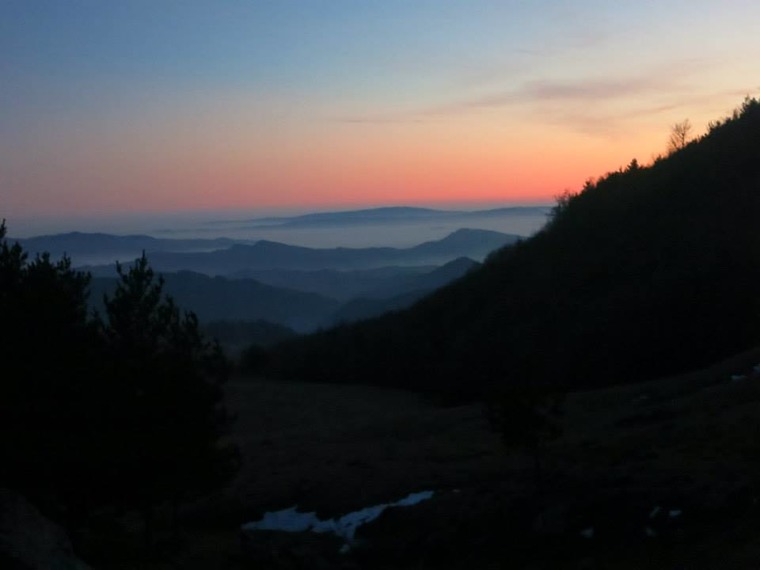 The boulders were discovered by StefanB. and then the development started in 2010 with the area now known as "La corturi", as this was the first camping place and with boulders like "Enola Gay" stand 7C and "Ipoteza de nul" 7C+.
In time as more areas were discovered more and more boulders and lines started to be developed. 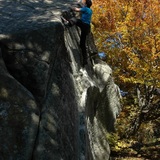 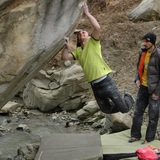 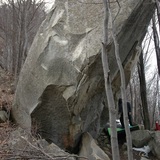 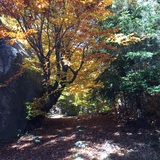 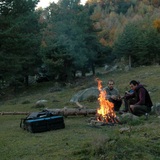 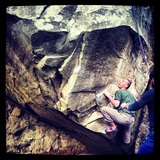 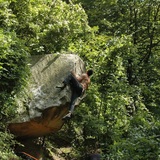 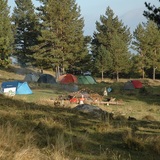