"Pano Alogopetra sits on an elevated balcony with grand view over the Fyli valley. This is a great spot to enjoy a fiery winter sunset after a full day of climbing. " 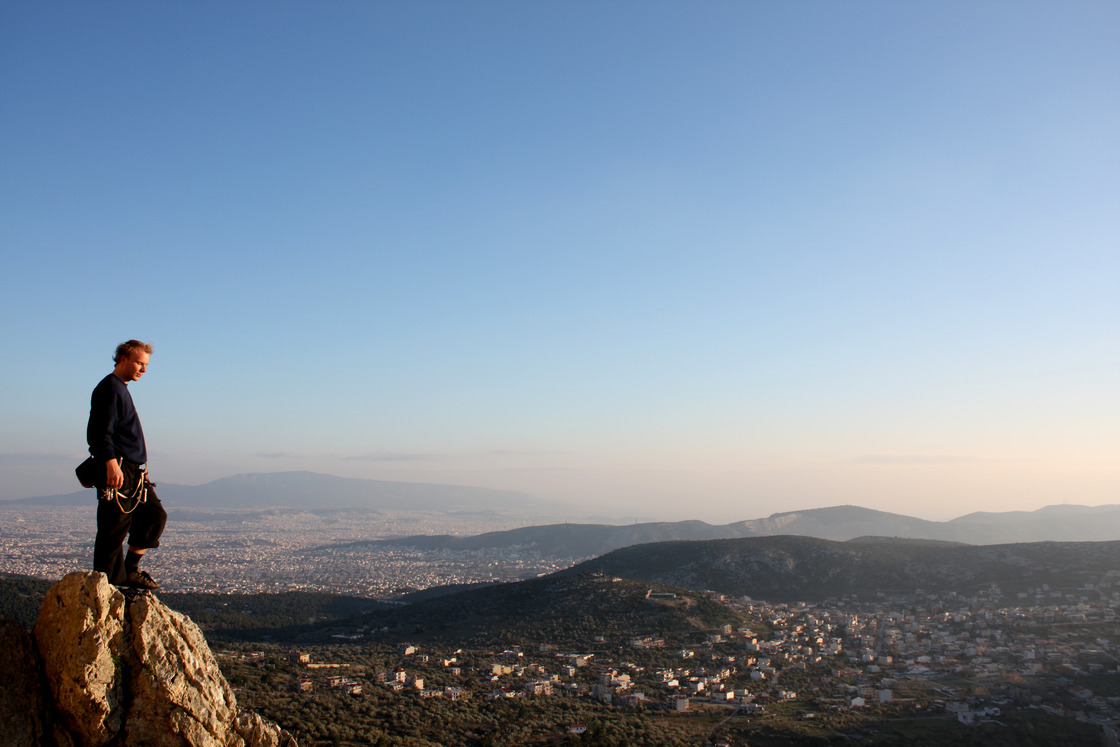 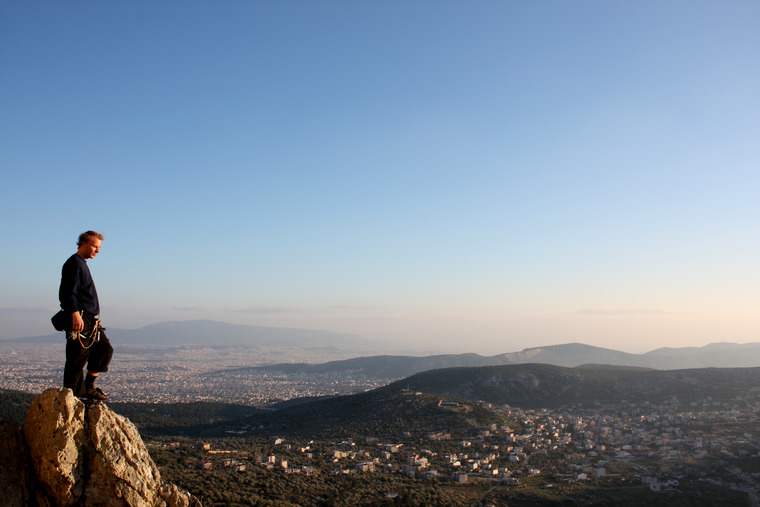 Pano Alogopetra (Greek for “Upper Alogopetra”) is a cluster of rock faces in the northern side of the Alogopetra peak, over the village of Fyli. Pano Alogopetra sits on an elevated balcony with grand view over the Fyli valley. On a clear day the eye can wander from the edge of Gkoura canyon down to the Elefsina coast on the south west and the city of Athens on the southeast. This is a great spot to enjoy a fiery winter sunset after a full day of climbing.

The rock is typical limestone ranging in coloration and quality from solid compact gray to sharp mineral-sculptured white/orange. Most routes are free of loose rock. One of the crag’s most appealing qualities is the height of the routes, reaching 35 or even 45-50 meter and guaranteeing long fulfilling ventures on the vertical. Worth noting is that bolts are in some cases not well placed neither well maintained. Keep your eyes open for rusty anchors, awkwardly placed bolts and old or custom-made hangers. Although these are not the norm they certainly do exist.

The cliff is a bird nesting area (including rare birds of prey) and after March it should be treated as such. Scan your chosen line for nests before climbing and choose another climbing area if you observe bird activity that indicates the existence of nests.

Despite being an obvious face visible from far away, Pano Alogopetra has seen its first route just before the coming of the new millennium. The usual suspect H. Orfanoudakis was the first to put up routes on the cliff back in 1999. Soon enough the cause was joined by others (S. Gkezerlis, G. Aliferis, M. Mitilineos, G. Sharki , A Karapetakos) and by year 2003 a total of 33 routes had been established on the left wall. Meanwhile, G. Aliferis established an additional 4 routes in trad style on the far right wall (not included in this guidebook), all with different climbing partners. 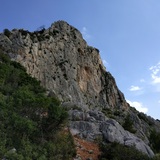 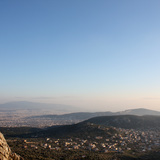 Y. Chaz
from Athens
Other Premium topos by Athens Climbing and beyond 30