"There is almost everything here: incredible multipitches, sport routes and boulders!!!" 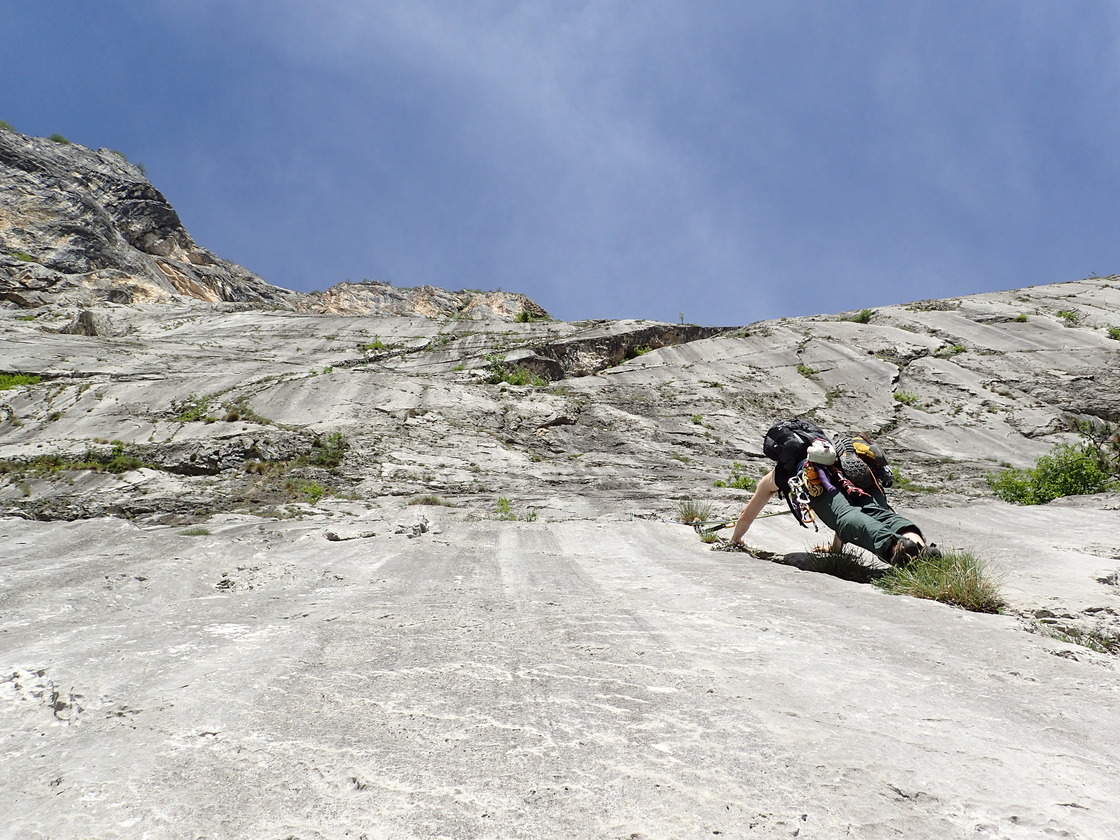 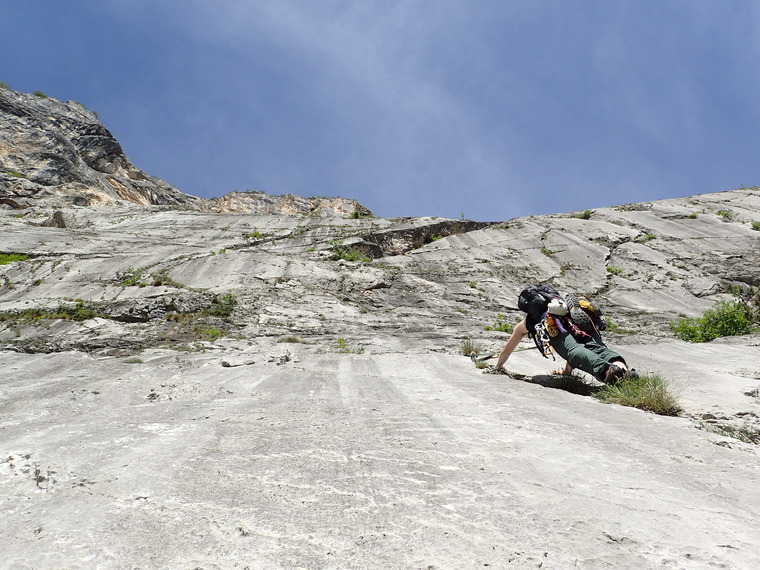 Massi di Gaggiolo
Massi di Gaggiolo is composed of three big boulders. The routes are short and easy and perfect to make children climbing. The bolts are close to each other and some belay points were set up along the routes to help people become confident with the multi-pitch techniques. The routes are generally technical on slab but there are few challenging routes on a vertical crimpy walls.
The total amount of routes is 29 and the difficulties goes from the third grade to 6c.
The crag base is very comfortable and the approach is easy.

Placche zebrate:
Placche zebrate are huge limestone slabs at the foot of mount Brento. The crag is famous thanks to its beautiful routes and environment. The rock is compact and smooth and the walls rarely reach the verticality. Having a lot of strength is not required here, while a good use of the feet is very important.
The difficulties are generally from 3+ to 5+, but there are also some harder routes as Olocausto, with sequences of 7+/8. There is something even harder, discover it in the topo! The pitches are generally well protected, the routes on the left (till “Claudia”) have a sport character, while the ones on the right are more alpinistic.
Since the routes are beautiful and the approach is easy, the crag is highly frequented.
At the end of the routes there is a large stony ground, so there is a high possibility of falling rocks. You absolutely have to wear the helmet!! Pay attention to not drop rocks from above when you top out the routes.
Placche zebrate has also an interesting boulder area close to the approach path. It has about twenty limestone boulders of every difficulties.

If you like technical and easy multi-pitches you have to stop here and enjoy the beautiful rock and landscape. It is possible to climb here during the whole year, also in the winter mornings. Do not forget the crash pad to enjoy the boulders, too! The car park is comfortable and close to a bar, so it is also possible to have a good breakfast before starting your climbing day.

Monte Brento:
Monte Brento is the huge mount over the slabs of Placche zebrate. Its east face is stunning, featuring huge yellow overhangs and slabs of over one km of length. Brento is a famous destination for the base jump, so it is quite common to climb with parachutists on your back.
The routes on this wall are demanding and require good alpinistic skills. They are very technical and long on discrete rock. Along some sections the rock could be more friable.
Famous lines are “Boomerang”, having low difficulties and running along the slab on the left side of the wall, and Vertigine, the most spectacular and facing probably the biggest overhang of Europe! J. Verhoeven and D. Lama climbed super hard lines with difficulties up to 8b in the middle of the huge roofs.
The east exposure and the mild temperatures allow to climb here during the whole year, but the best conditions are in the middle seasons. 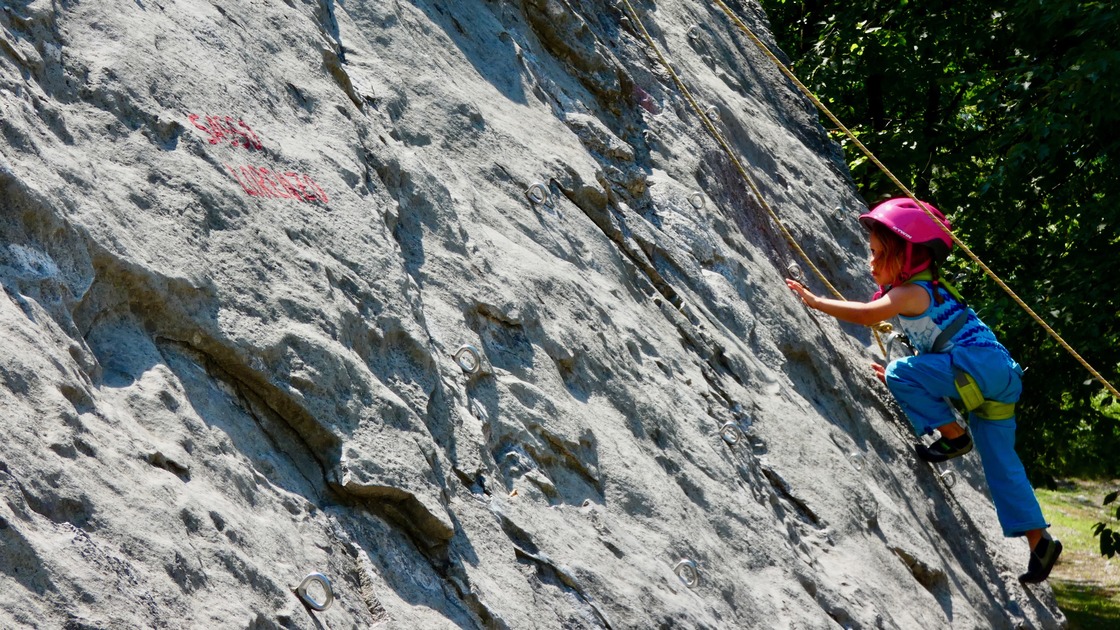 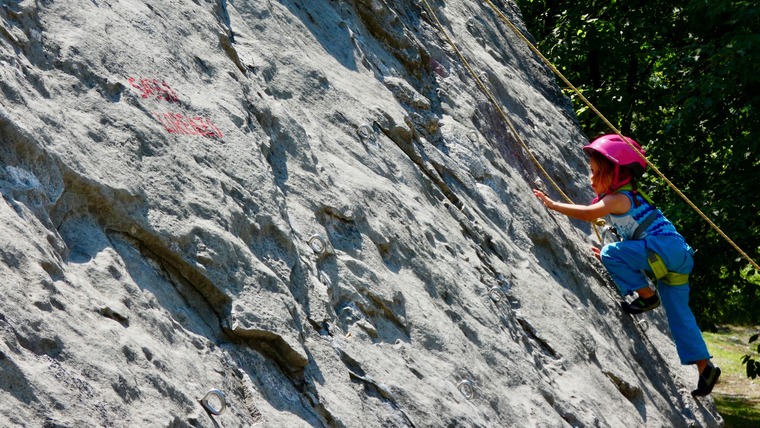 Massi di Gaggiolo:
Massi di Gaggiolo is one of the crags of the project Outdoor park Garda Trentino. The routes were developed by Gino Malfer, local guide of Arcomountainguide. The work was sponsored by the municipality of Dro and the cooperative of Trentino alpine guides.

Placche zebrate and Monte Brento:
Monte Brento and Placche zebrate offer many multi-pitch routes that continue to be climbed since the 80s. The left part of Placche zebrate was completely re-equipped in 1992, so the protections are good and safe. The routes were developed thanks to the effort of many climbers, check them in the descriptions! 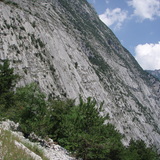 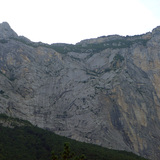 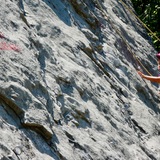 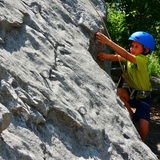 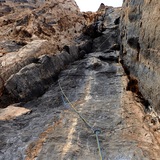 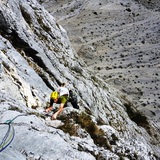 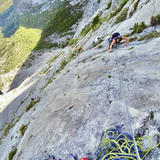 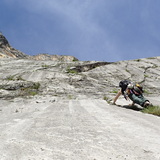