in the area of Leonidio, Greece Maintained by Leonidio

"After driving around the virgin cliffs of the area, long-term travellers James and Caroline decided to equip this half-moon shaped cliff, leaving a topo behind which showed seven routes from 7c till 9a. Until now almost all grades can be found in La Maison. Moreover shadow in the afternoon and a short approach all indicators for an already classic sector."

An impressive assembly of amphitheatrical walls offering world - class climbing. Until now almost all grades can be found in the area around La Maison. Kinglines start 'as little as' 6c.

During their road trip through Greece in 2013 James Pearson and Caroline Ciavaldini were searching with the eyes of hungry developers an adequate cliff to leave a beautiful trace for future visitors. After driving around the virgin cliffs of the area the long-term travellers and professional athletes decided to equip this half-moon shaped cliff. After only a handful of intensive bolting days they left behind an impressive topo, which showed seven routes from 7c till 9a. 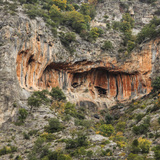 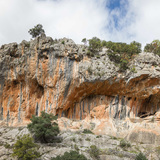 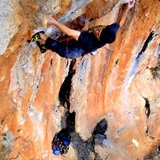 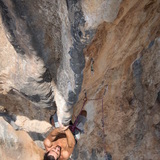 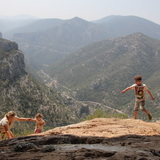 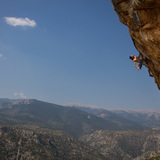 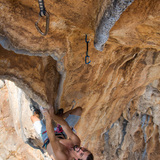 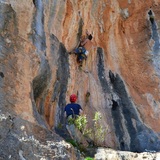