— Athens Climbing and beyond
.premium
Description

Magoula is an impressive, futuristic geological feature resembling a cluster of steep limestone caves covered with long tufa drainpipes. Topographically one could say it resembles a smaller version of the spectacular Mavrosouvala crag but in terms of mean difficulty it is at least as hard. The rock and style of routes refers directly to tufa pulling on hard, brutally overhanging terrain. This is not a place for the faint of muscle.

The place is very likely to become an elite playground of the next generation that will attract the best Athenian and visiting climbers and route setters of the future. Indeed the potential for hard lines is only starting to be explored and the ever-growing project list will certainly entice those after the big numbers. One of the reasons Magoula is still virtually overlooked is its distance from Athens compared to other crags.

One of the newest Athenian crags, Magoula got its first two lines in 2010 by Kostas Roussos. S.Kouthouris and S.Konstantakopoulos added some more lines in 2010. 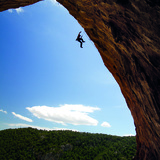 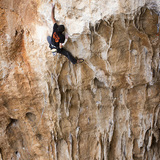 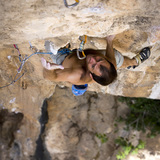 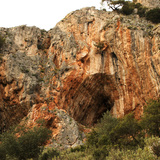 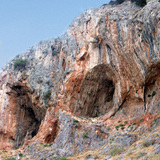 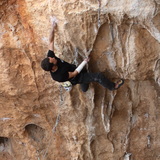 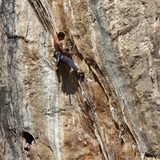 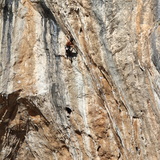 More photos
Premium topo by Athens Climbing and beyond

A. Chaziris
from Athens
Other Premium topos by Athens Climbing and beyond 33
More topos