in the area of Ramallah, Palestinian Territory, Occupied Maintained by Climbing Palestine Guidebook

"Simply one of the best and enjoyable crags in Palestine!" 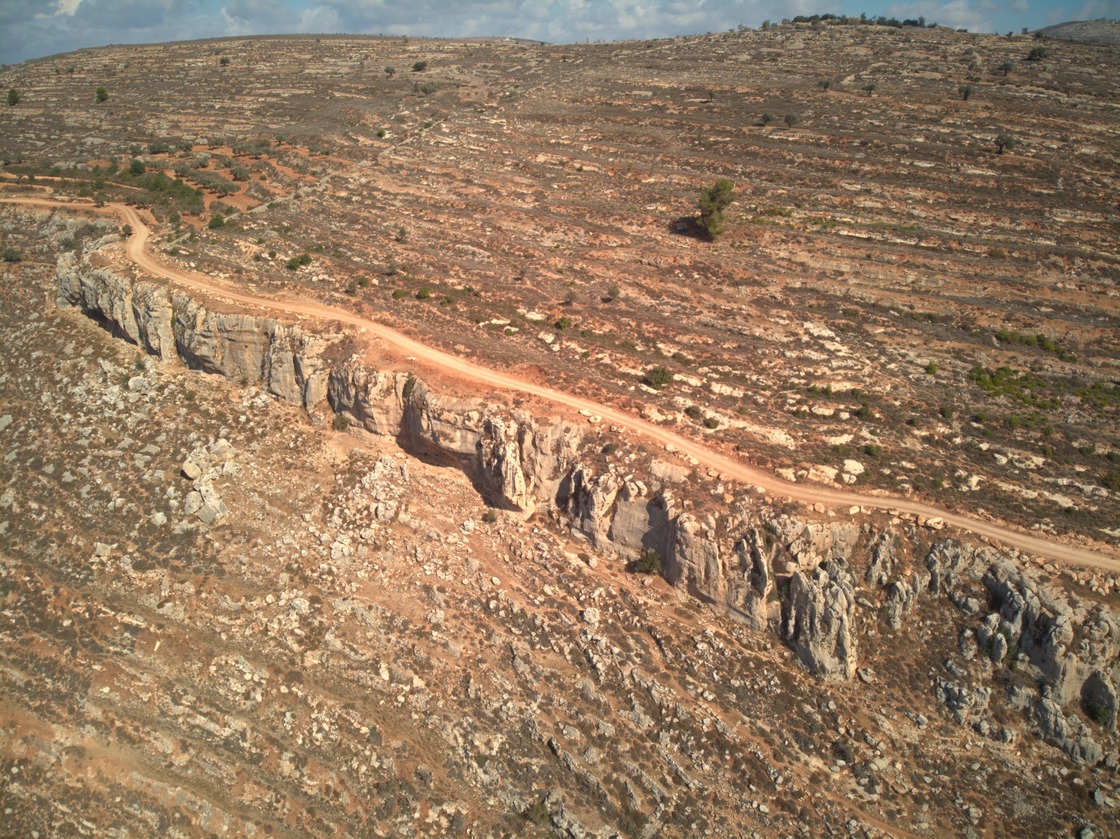 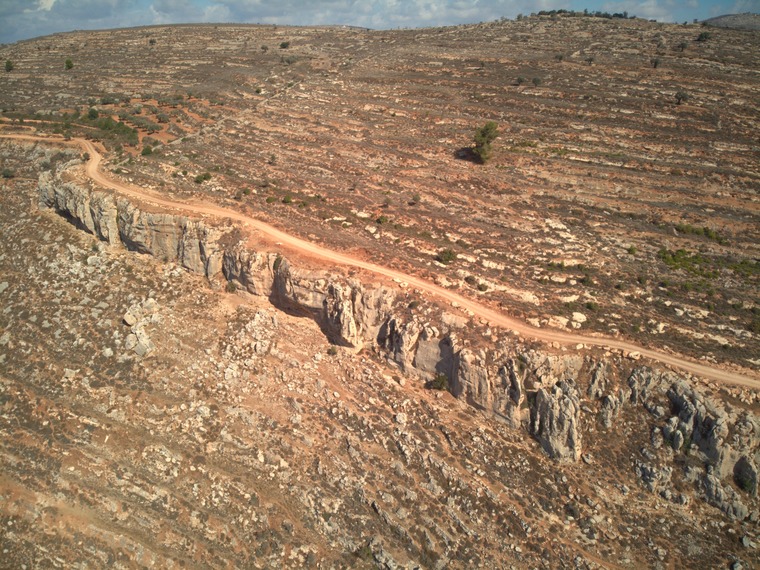 Only 20 minutes from Ramallah, Yabrud has become the most prominent crag in the Ramallah area. It now features many climbing routes on superb limestone. It was first developed by Tim Bruns, Will Harris, Dario Franchetti and Kim Van Der Putten but over the years many foreigners and Palestinians have contributed routes to this amazing crag.

🍃❄️🍂 Season:
The Yabrud cliffs face south, which makes it an ideal climbing location in the late fall, winter and early spring but very hot in the summer. In the summer, the crag is in the shade until 11.00 am, thus it is recommended to climb in the early morning. The best months of the year are November / December and March / April. January and February can be great months, but the climbing days are limited due to rain and occasional snow.

🔩 Gear:
All the routes at Yabrud are pure sport and are equipped with an anchor station with rappel ring. Most routes range from 4 to 8 bolts long. A standard 60-meter rope will be plenty (and possibly even enough for two routes at once). Sunscreen is a must!

Leave No Trace: Pack up all trash (including cigarette buds), toilet paper, follow established trails, respect flora & fauna and even pick up trash that is not yours.

Cultural sensitivity: Climb with a shirt on, avoid wearing revealing clothes, be friendly and respectful to locals. Feel free to share your harness with locals and give them a chance

Highlining:
In 2016, Yabrud was host to the first ever highline in Palestine. The highline rig is about 40 meters long and traverses the valley from north to south over the dirt access road. The site is equipped with 5, 10mm expansion bolts at either anchor point but the hangers have been removed. There is a definite “no – fall” zone on the north side of the valley. It is best to walk from the obvious rock protrusion on the southern side of the valley. 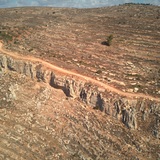 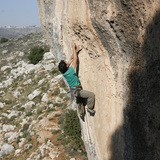 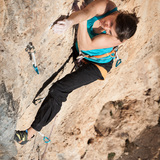 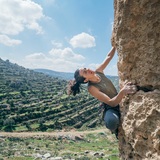 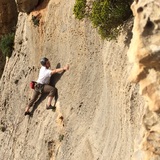 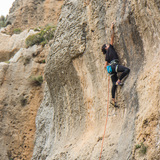 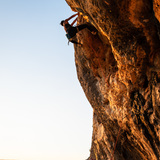 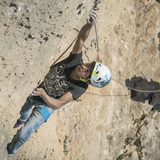 B. Korff
from Melbourne

The trip to the Yabrud cliffs takes about 20 minutes by car from Ramallah. There are two ways to get to the location by car from Ramallah depending on whether or not the road next to the Beit El settlement is open. There are several ways to reach the climbing site with your personal vehicle or public transport:

🚗 Option 1 (if the road is open):
From Al-Manara circle in Ramallah drive northeast on Ersal Street towards Bir Zeit for about 4 km. Take a slight right onto route 463 and drive one kilometer. Take a left on route 466 (the old Nablus road) and drive 3.6 kilometers north past the Beit El settlement on your right and Jalazun camp on your left. Continue for 7km down into the valley past Dura El Kari’a village on your right and Ein Sinya village on your left. At the bottom of the valley, take a right onto a dirt road that heads up a valley to the right. You will see the cliff band ahead of you up the valley. Park your car anywhere alongside the dirt road and walk all the way up the dirt road until you are at the same height as the bottom of the cliffs, then hike north to reach the climbing routes. Most recently (January 2018), a barricade of rubble has been erected at the beginning of the dirt road to prevent illegal garbage dumping. You can either park in front of the barricade and hike a bit further, or you can take a longer detour to the actual village of Yabrud and approach the cliff from the top of the hill.

🚗 Option 2 (if the road is closed):
From Al-Manara circle in Ramallah drive northeast on Ersal Street towards Bir Zeit for 4 km. Don’t turn right onto route 463 but continue on the road for another minute. In Surda, take a right up a steep hill towards the large golden mosque. If the main road is closed, there will be other cars using this route. Take a right at the T intersection and follow the road until it joins the old Nablus road in front of the Beit El settlement. Take a left and drive north past the Beit El settlement on your right and Jalazun camp on your left. From here, follow the directions in Option 1 (above).

🚌 Option 3 (public transportation):
The Yabrud cliffs can be reached easily and cheaply by “service,” the yellow minibuses that are omnipresent in Palestine. The service to Yabrud village can be found in the tunnel directly across the street from the Area D youth hostel near the Jamel Abdul Nasser mosque. This is right next to the station for buses to Jerusalem. The service to Yabrud costs 7 shekels. It runs on weekdays during daylight hours but waits until the bus is full to leave. This can take up to 40 minutes during slow hours. The weekend connections are far less frequent and almost non-existent on Fridays. Ask the service driver to drop you off on the dirt road just past the supermarket in Yabrud. You will then follow the dirt road down into the valley and reach the cliffs on your right after a 10-minute walk. At the end of the day, you can a catch a service back to Ramallah in front of the Yabrud supermarket.