in the area of Hämeenlinna, Finland Maintained by HML_Premium

"A lot of boulders on a small area. Rock quality varies from perfect to poor and anything in between." 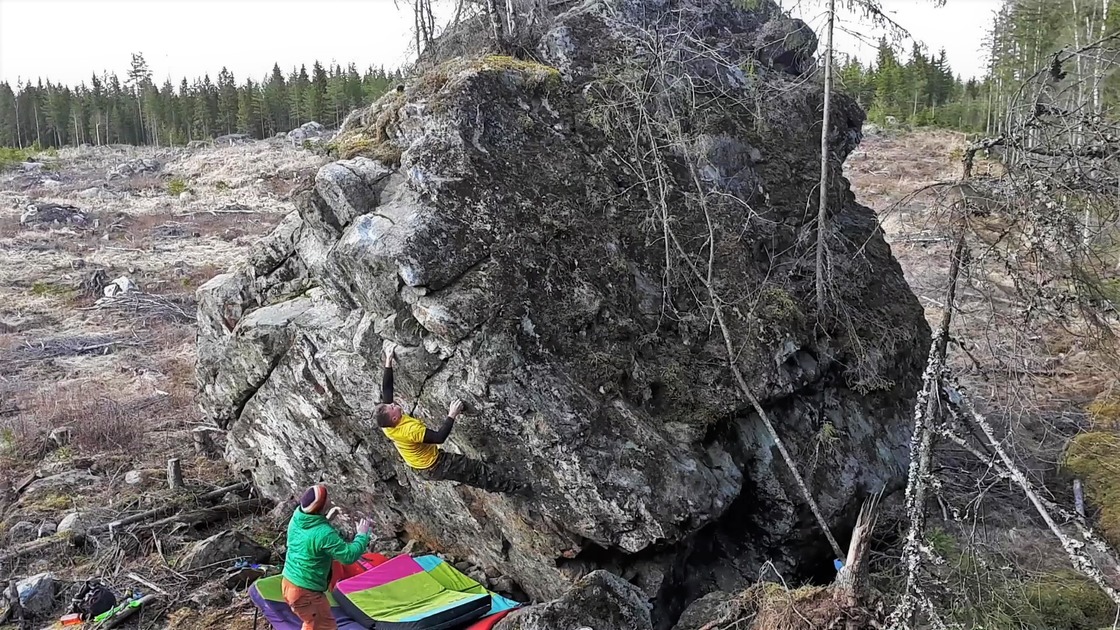 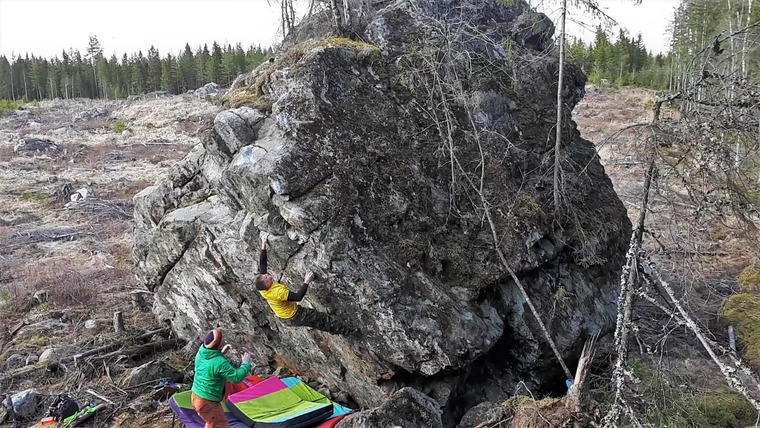 Ryöstönmäki main area's got a lot of small-medium sized boulders with various rock shapes and quality from perfect to "not that good". There are a lot of routes from 4's to high end 6's, so it's a good place for beginners and climbing volume. Just grab your pad, walk from boulder to boulder and send as much as you can! Many of the main areas boulders (Puolikuu, Purje, Mini-Me, Outpost, Tolppa, Rinnerypäs, Lakki and Fallen Angel) are nowadays in the open, so they dry relatively quickly.

The main attraction for a lot of us is Jättikivi, a huge boulder with great rock quality, holds and really nice climbing. There are some long routes, up to 20+ moves, not that typical for Hämeenlinna region. Kääntöpiiri and Outpost -boulders share the really nice rock quality with Jättikivi, giving an opportunity to enjoy that smooth rock on shorter routes as well.

Some editors choices of the area:

Jack Of All Grades, The Seven Sisters Assis and Dan Cooperin Testi for those climbing 7's, all of them in Jättikivi.

Mugshot, a really nice 6B also in Jättikivi

Ryöstönmäki area was found by Ville Vuorinen 2014, and the first boulders were climbed right after by Ville and Jari Numminen. In 2015 Kimmo N. joined the team and a lot of routes were opened that year. Following years were a bit more quiet in the area, most likely due to the lack of 7's, but here and there were new boulders opened during the more quiet times as well.

2017 Ville found Jättikivi and first routes were climbed on that boulder in the Autumn 2017. The king lines of the boulder remained unclimbed until spring 2020, when Kimmo & Sami Haarahiltunen went to give them a try. As a result, first 7 -graded problems in the area were climbed, and Jättikivi published.

There's still a lot of work to be done in the area, so most likely there will be quite a lot more problems to be climbed in the future. 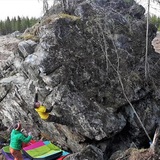 T. De Mazière
from Europe
See all members
Other Premium topos by HML_Premium 14