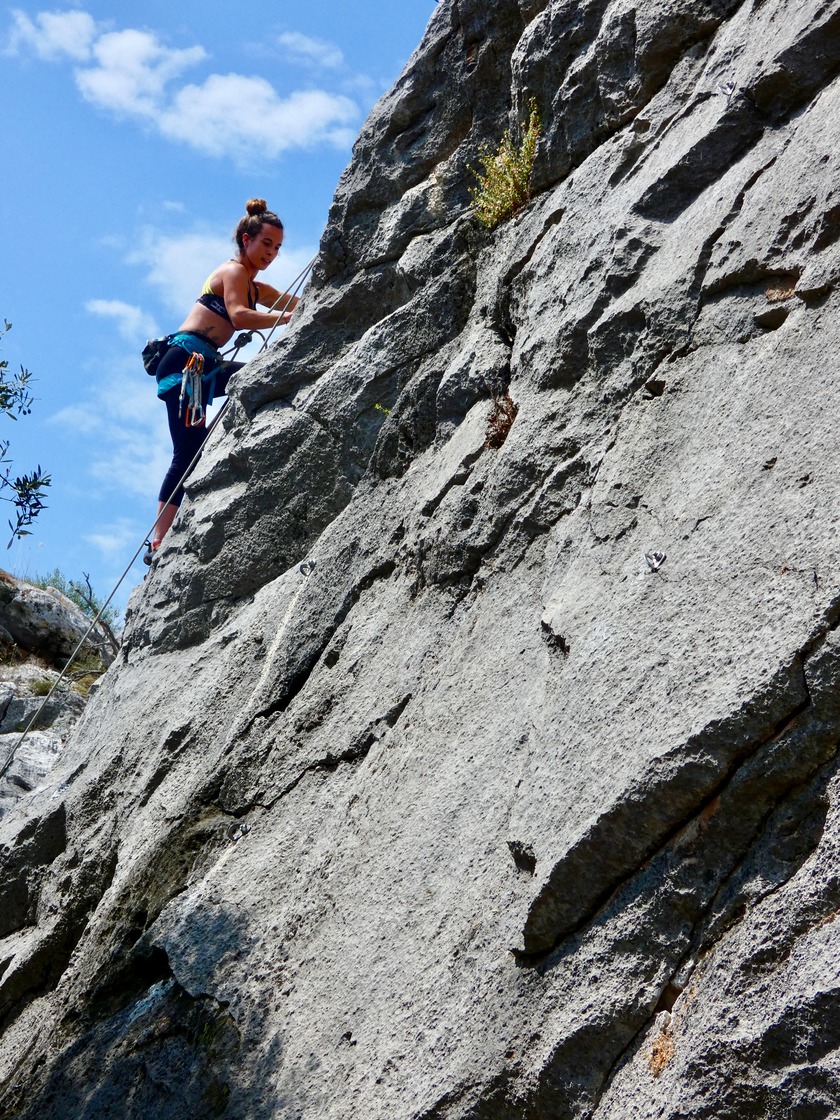 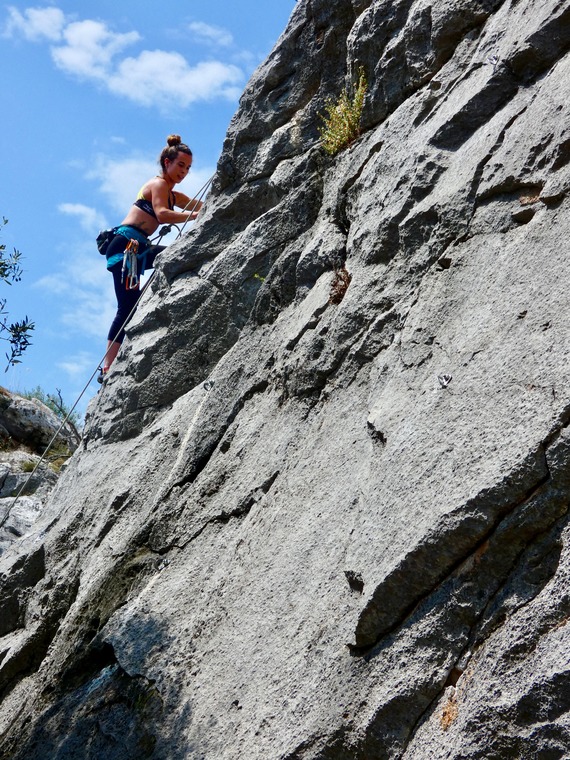 Pietralba is a pleasant crag in the hinterland of the island. The routes are almost 20, running on a nice limestone which is quite rare in Corsica. On the right of the sector there is a big overhang, offering routes till 8a that are quite demanding and require a good finger strength. The left part has a compact grey slab with easier pitches starting from 5b.
The approach to the crag is easy and the base is ok. The equipment is generally good.
Actually it is possible to climb only on the right part of the wall, cause the left one is on a private ground. Respect this limitation cause the ground owner is everything but friendly!

The landscape is super from Pietralba! During sunny days it is possible to see the peaks of Monte Padru and U Pulasca.

Besides its beautiful limestone, Pietralba crag is known also because it was used to carry out some experiments during the setup of the routes. In fact some holds of the hardest routes were chipped to push the difficulties. The reason that led the equippers to do so is the lack of hard routes in Corsica. 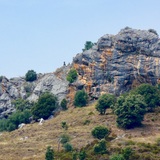 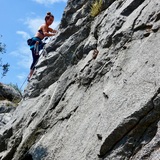 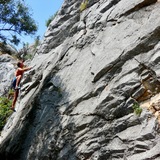 T. De Mazière
from Europe
Other Premium topos by Arco not normal 86