in the area of Salo, Finland Maintained by SKIL - Team Access

Hyttyskallio is the oldest crag in the Salo region. It's about 15 meters high and steeply vertical for the whole of its 100 meter length. Hyttyskallio is shady and suits well for those hot summer days. The cliff can be wet for few days after the rain.

The best season is the early spring before mosquitos or the late summer after the mosquito season. The name Hyttyskallio (The Mosquito Cliff) is there for a good reason.

The most obvious routes were climbed in the early 1990's. There has been also some later action in the 21st century but not much. 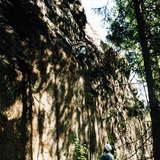 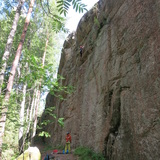 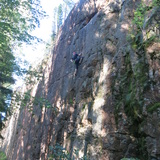 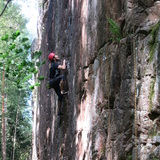