in the area of Zadar, Croatia Maintained by Astroida

This name depicts an unusually regular range of rocky points extending over the middle Velebit region in the south-eastern direction. White towers of smooth rocks emerge from the dark evergreen forests. The range opens with the tallest of them – Bačić Kuk – and ends with Ljubičko Brdo over Baške Oštarije. At the foot of the rocks there are deep valleys – Dabri (an old Slavic word for a deep forest valley or gorge). These valleys were inhabited not so long ago. The remains of the village, houses and a school building (which nowadays serves as the mountaineer’s lodging) witness the idyllic but also harsh life in these parts.

Note: To protect flora and fauna climbing is forbiden so far on all the locations except for the cliffs Agin kuk, Rujičin kuk, and Kuk Čelina. You need to contact park authorities for climbing in other walls ( or do it .........). Making up of the new routes for climbing can not be done without previous approval made by the administration of the Nature park Velebit.
Accommodation: Mountaineers’ lodging in Ravni Dabar (opened at weekends in the summer season). Possibility of camping in Bačić Duliba (a valley at the foot of Bačić Kuk). Mountain lodge “Ana”, tel: 00385 (0)91 549 49 22.
It is advisable to take drinking water, which is also available in a small cave underneath Vranjković kuk (a diverging road from a marked path on Bačić kuk). Since this region has preserved its idyllic beauty, let’s try and keep it that way. 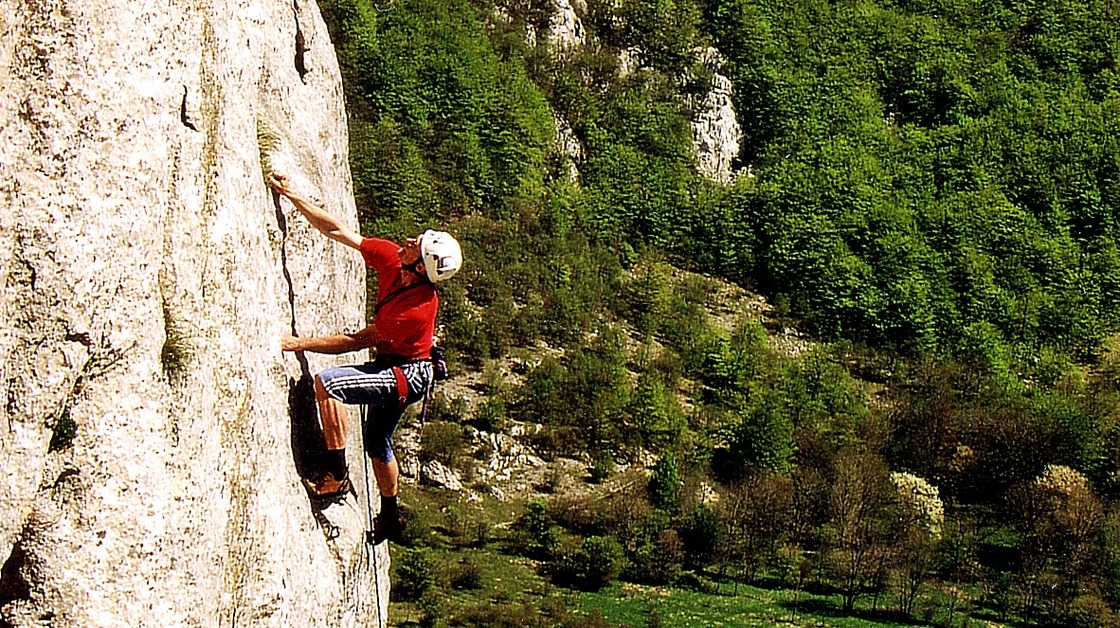 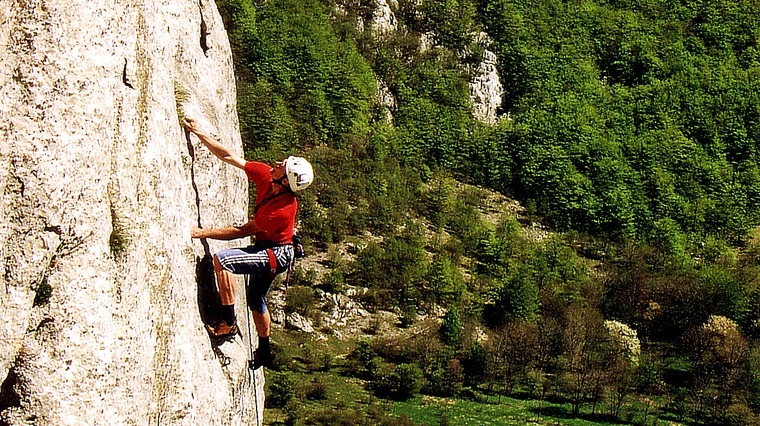 Climbers visited this region for the first time in 1969. Alpinists from Rijeka, Stanko Gilić, Kazimir Sambolec and Dragan Vučidolov climbed the first routes. In the years to come, climbers did not visit this region frequently. A group of Slovenian climbers visited the site and climbed new routes repeatedly in the period from 1987 to 1998, securing them in a classical way. Not until 1997 did an Italian, Paolo Pezzolato, together with Sara Gojak climb the modern routes of medium difficulty equipped with bolts. Then come domestic clim­bers and then Germans, Austrians, Hungarians. 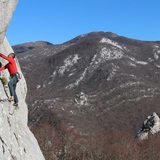 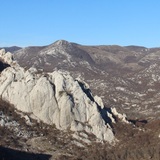 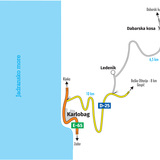 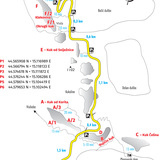 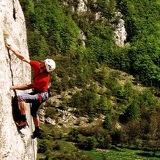 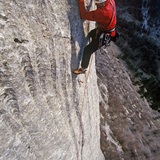 🚗
Start from the Adriatic Highway in the town of Karlobag. From here head to Gospić and after 10 km, before entering the hamlet of Sušanj, turn left for the hamlet of Ledenik and mountain hut Ravni Dabar. Pass the hamlet and continue to Ravni Dabar. After 6.5 km you will arrive to the mountain pass Dabarska kosa from which crags Kuk od Korita and Rujičin kuk are in sight. The road now becomes unpaved – continue to follow it until reaching the narrow gorge between the two crags. Leave the car here if you plan to climb in walls of Kuk od Korita and Rujičin kuk. For other crags continue further the road – use the attached map for more details.