in the area of Verona, Italy Maintained by Arco not normal 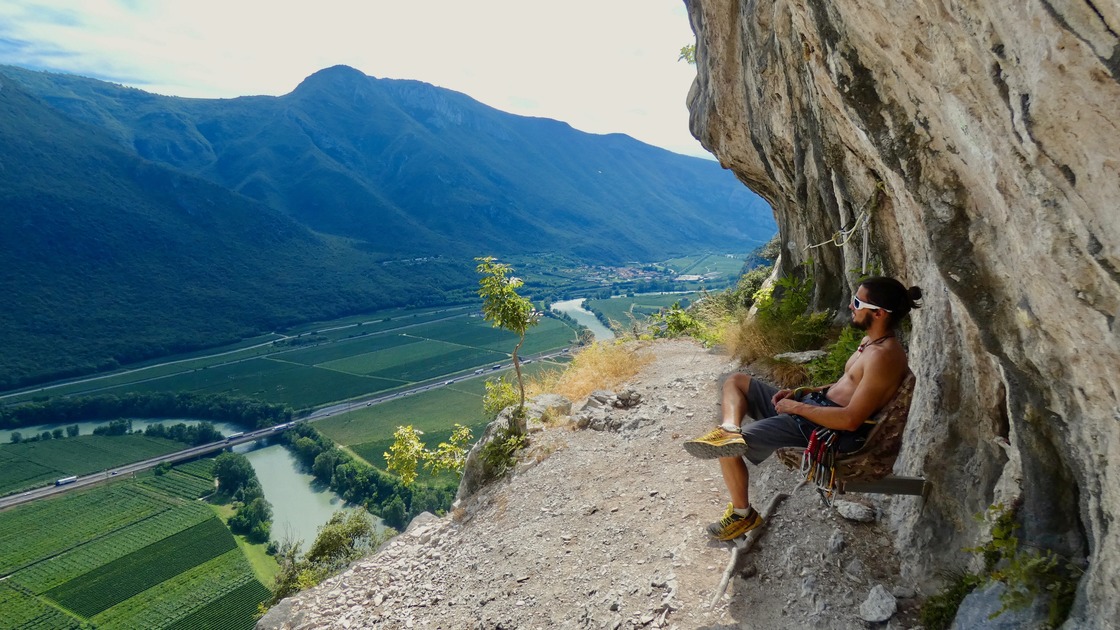 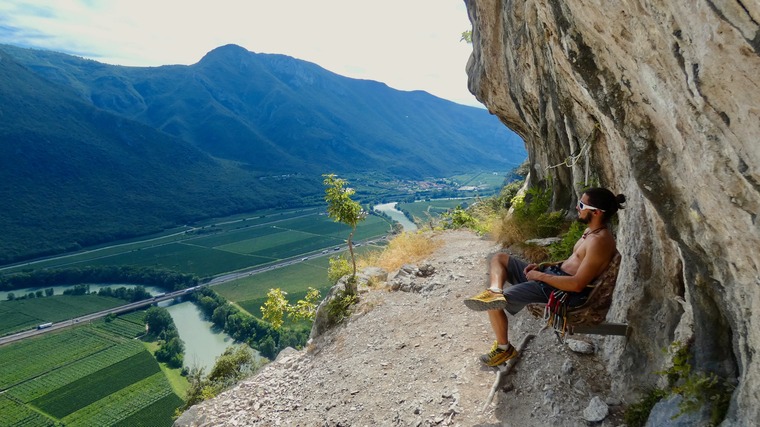 Are you looking for the best overhangs in the area of Arco? Your search is over! Ciclopi has an high concentration of long demanding routes that require good skills on tufas and horizontal climbing, all seasoned with an incredible exposure over the Adige valley.

This crag is settled on the wall called Scoglio dei Ciclopi, on mount Cimo. The approach is very steep and a bit tiring, but you will be rewarded by the beauty of the place and its tranquillity, as well as the high quality of the routes.
Ciclopi offers over 60 lines from 6b+ to 8b+, but there are project that are still waiting for a first ascent. The beautiful limestone with big tufas makes the climbing physical on pinches, pockets and crimpers. The routes in the middle reach almost 50 meters per 20 meters of overhang, but if you are not very comfortable with these huge roofs, there is also something for you: on the crag sides there are interesting vertical lines, requiring good technical skills.
When you climb the lines of Ciclopi, the feeling you have is to be alone on the wall, very high from the ground with an incredible exposure over the valley, just like the best multi-pitches of Dolomiti!
The wall is facing east and you will find the best conditions during the mid-seasons. During winter it is possible to climb in the early morning, during summer in the afternoon.

The approach to the crag is absolutely not recommended for children and animals and the crag base is composed of small ledges. The belay points are ok, but be careful when moving along the wall. Ciclopi allows to climb also when it is raining, but the path to the crag could be very dangerous when wet.
We suggest to bring about 20 quickdraws and 80 meters rope.

Ciclopi is one of the newest and most interesting crags in the nearby of Arco. Do not be intimidated by the challenging approach, this overhanging masterpiece will not disappoint you!

One of the most amazing lines of Ciclopi is for sure Horror Vacui, running in the middle of the sector along the huge roofs. It was bolted by Rolando Larcher starting from the ground and he gave it the grade of 8b+.
But it was not the first line born at the crag: Luigi Pinamonte and Sergio Coltri had already been here and equipped some routes on the side of the overhang. These lines were revisited by Marco Curti (Zio Tibia), to create valid warm ups for the crag.
Zio Tibia and Rolando Larcher continued the work on the main central overhang for several months, sponsored by Vertical Sport shop that gave them part of the equipment.
The right part of Ciclopi was bolted few time later by a team of guys coming from Veneto: Andrea Andrein Simonini, Nicola Zorzi, Tommaso Marchesini and Tiziana Najjar. L.A.A.C. association (Libera Associazione Alpinisti Chiodatori) gave them the material.
Other honorable mentions who took part in the work: Luca Giupponi, Nicola Sartori, Nicola Tondini, Fabio Leoni and Lino Celva. 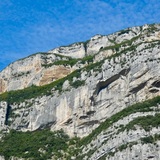 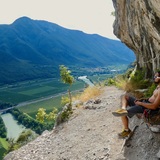 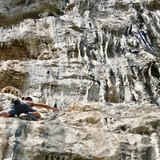 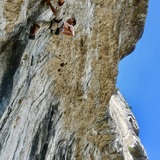 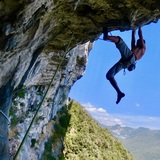 N. Trenti
from Arco Italy
Other Premium topos by Arco not normal 111