in France Maintained by Céüse climbing 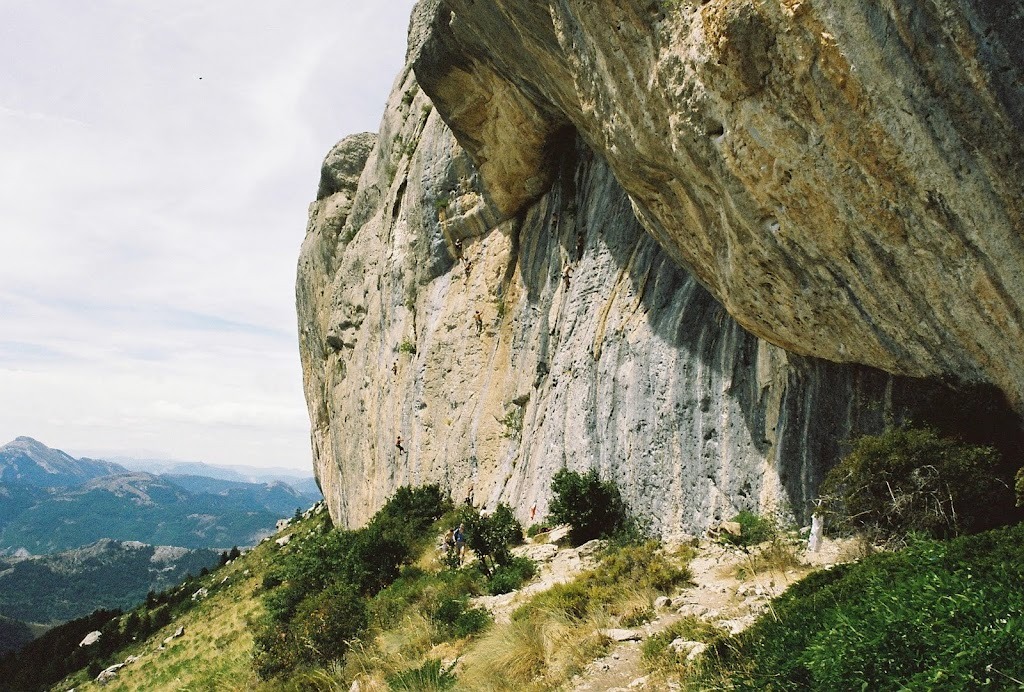 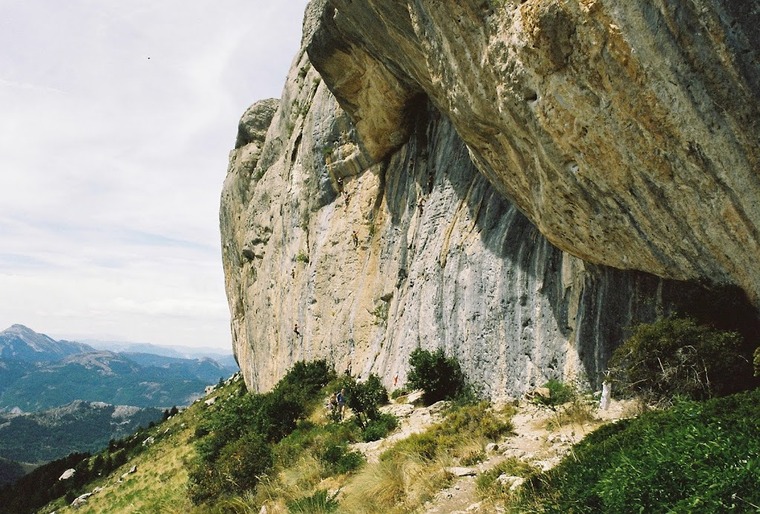 The legend says that a blond angel put his eyes on the Cliff and that the rock became limestone, a more than perfect limestone the angel gave as a gift for climbers... Reality is totally different but here we like legends. 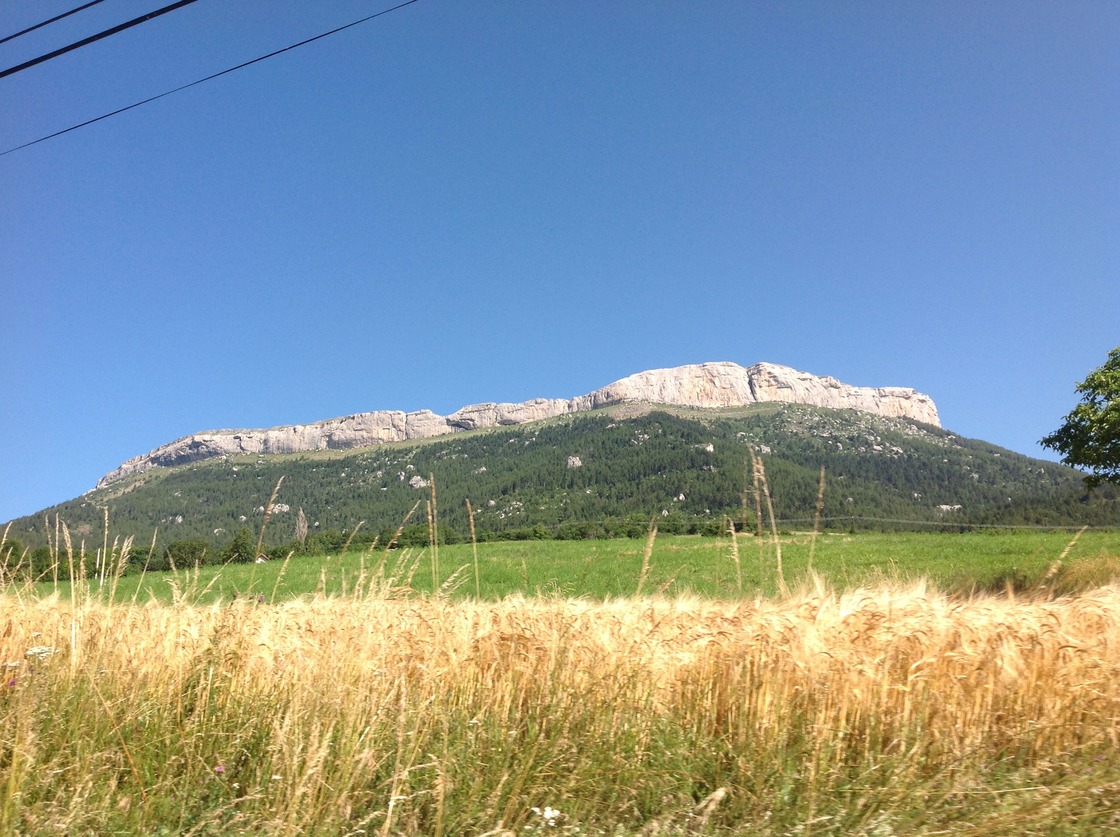 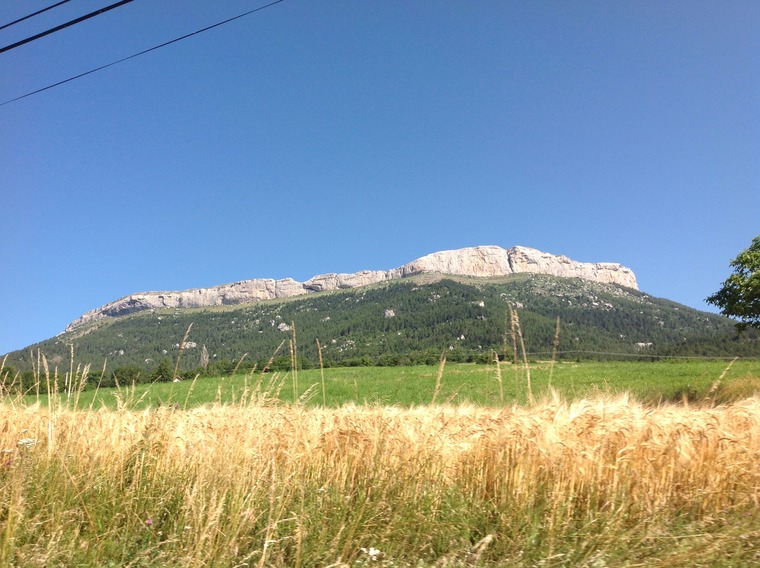 Rock climbing in Ceüse began in the Yé-yé years (before the 80s), at this time the big piece of rock above Gap is a training place for local climbers, either in winter or summer before going mountain trekking. Some people as Rolland Marie, Philippe Macle, Daniel Badaroux and others brought with them a whole generation of climbers who will - for sometimes - dedicate their lives to the Cliff. The operated sectors are the left side of the crag with, with Les dalles du CAPEPS and Golots a Gogo.

Pierre Isoard, Eric Fossard and Jean Christophe Lafaille, along with the 'oldest', start to explore the right side of the Cliff and its cheeky perfect crags.

They open routes in a traditional way, nuts and pitons between their teeth. At this time we keep talking about opening and not yet about equipping...

2 main events in the middle 80's will contribute to the Cliff genesis: The coming of the hole puncher and pins and the unforgettable visit of Edlinger.

The use of the drill is the logical continuity of Ceüse equipment. The venue of the Blond guy, Patrick Edlinger, is a little bit more unusual. He was passing through Gap by accident and was planning to go to the USA, he finally stayed a few years around Ceüse, and put his personal touch to the cliff. Involved routes, very spaced out bolts, put there just to give it a try, all that will contribute to the beginning of the legend. The reality is simpler; the lack of means forces him to radical monetary restrictions...

Then it is the discovery of sectors as Berlin, Cascade and Demi Lune by the tireless local people: Pierot Isoard and Eric Fossard. The 90s see the operating of sectors Un pont sur l'infini by Patric Pons and Pierres Zureck (talented baker in La Freissinouse) and the operation of the extreme left of the cliff by Pierrot Borel and Robert Poudou. It is also the beginning of the high level, even the very high level; Biographie wall has all whats requested for this kind of routes. This is when the equipment organization went a bit better with the supervision of Rolland. Re-equipment waves will succeed to finally arrive to more secure lines, equipment on sealing in many sectors.

At the end of the years 2000 we see the reborn of sectors as Grande Face and Nitshapa where we equip nearly 100 new routes with Jean Yves Leguis.

Sylvain Millet has for himself decided to do a return to the roots replacing wooden wedges by goor friends and pitons by nuts, he regaled us with extreme routes made with ejector equipment... not to be put in every hand...
Today every kind of equipment and opening is welcome in Ceüse. 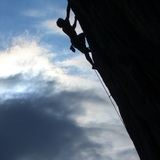 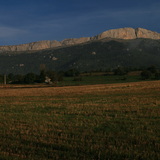 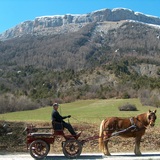 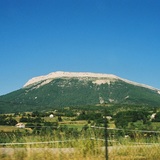 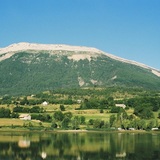 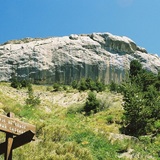 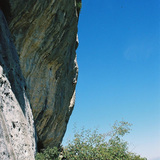 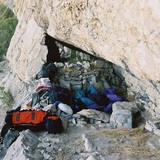